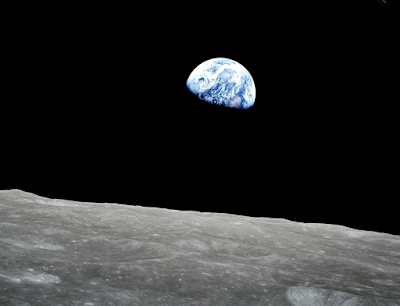 If you've always wanted to fly to the International Space Station or go on to the moon, NASA's next recruitment effort promises to bring future astronauts to both locations.
The agency began accepting applications for its next class of astronauts today (March 2), and U.S. citizens can apply here until March 31 at 11:59 p.m. EDT (0459 GMT April 1). The application process will take awhile, but NASA expects to make its final selections for astronaut candidates in mid-2021.
There's no word yet on how many people will be chosen, but competition will be fierce; the agency only picked 12 out of 18,300 applicants during the last selection, which wrapped up in 2017. One of the finalists resigned during training, leaving 11 people who graduated and became eligible for spaceflight early this year.
The basics for qualification are rigorous, and accepted astronaut candidates usually exceed the mark. That said, NASA said applicants should hold a master's degree (or equivalent) in a science, technology, engineering or mathematics (STEM) field, which could include engineering, biological science, physical science, computer science or mathematics.
Some applicants may be accepted without the master's degree, if they hold one of these qualifications:
Outside of basic education, NASA demands experience — either two years of "related, progressively responsible" work in your field, or a minimum of 1,000 hours command-piloting a jet aircraft. Candidates also must pass a NASA long-duration spaceflight physical, as you may spend anywhere from six months to a year in space on the International Space Station (ISS) after being selected for a flight.
NASA often asks new recruits about their experience working in isolated or dangerous environments, since it builds up useful skills for work on the ISS. For example: Christina Koch, who recently wrapped up nearly a year in space, did research for months at a time in Antarctica during her career before NASA.
New recruits typically spend about 2.5 years in basic training before being eligible for missions, and ISS missions often require 18 months or more of crew training before liftoff. This means new recruits likely won't fly until after 2024, when the first crewed moon landings of NASA's Artemis program are scheduled to take place, unless the schedule changes. That said, the agency plans to build a permanent presence on the moon in future flights — and, if the funding and will persist, to go on to Mars in the mid-2030s.
"Becoming an astronaut is no easy task, because being an astronaut is no easy task," Steve Koerner, NASA's director of flight operations and chair of the astronaut selection board at NASA's Johnson Space Center in Houston, said in a statement.
"Those who apply will likely be competing against thousands who have dreamed of, and worked toward, going to space for as long as they can remember. But somewhere among those applicants are our next astronauts, and we look forward to meeting you."
For more information on how to apply to be a NASA astronaut, visit the agency's application page here.