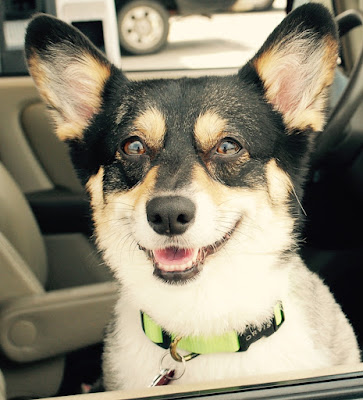 It's been 59 days since Morgan Sofia passed.  It’s been an experience that I never imagined.  The void caused by her absence especially in the immediate days after was palpable.

The tile area where she took most naps seemed exaggerated in size and almost glowing.  Her favorite blue water bowl vast lie a swimming pool.  I expected nightly the song of her quenching thirst at 9pm and then closer to midnight and no song was heard.  Maddie licked Morgan’s food bowl for a few days as she always had.  The bowl continues to rest in the laundry room – I can’t bring myself to move it from it’s familiar place.

Morgan was in our lives everyday, everyday since Easter Sunday in 2005…. almost 5000 days.  Everyday she depended on Cindy and/or myself to feed her, to give her opportunity to have outdoor activities, to be able to do her business at different intervals during the day, to make sure she was safe and healthy and also to ensure that she behaved; Morgan true to her Corgi breed thought on most occasions that she ruled the world, the canine and human worlds.

5000 days of love: the unspeakable bond, magnified because the communication was mostly via looking in her eyes, patting her on the head, scratching her tummy. If you’ve had an animal life companion: dog, cat, horse, bird…… you have an understanding of the bond and love and loyalty that develops, grows and magnifies over time.

I can’t imagine what is like for Maddie.  I’ve tried to be as loving and reassuring as possible, her saucer wide eyes convey angst when I leave her home and Morgan is not with her to pass the time while I’m gone.  I always leave the radio on, I usually pick a country station.  I think it’s getting better for Maddie everyday.

And yes with a big hole in our hearts, life goes on. The sun rises and the sun sets and every new day offers time and space for the familiarity of Morgan being gone and for the daily to routine to adjust and change and settle.

Cindy and Maddie and I have been comforted by all the love, hugs, smiles, cards, phone calls, texts, emails. Thanks again ! Thanks, Thanks, Thanks.

In the past two months, so much has happened in the world: politics, sports, culture, family, friends and then some crazy stuff.

Here are some of the highlights, news headlines, updates, in no particular order or priority. 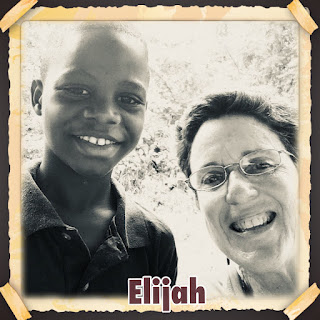 I traveled to Ghana in May and visited friends and students at the Mawuvios Outreach Programme School in Ayikumah and Kissemah and also children at the Word of Faith Christian School in Dodowa. It was a short visit, I hope to go back in 2019 for an extended visit.  And for those who always ask about Madam Ceci, she is doing well and still lives at the Kissemah Compound. She has not changed a bit since I first met her in 2011.

My awesome, wonderful, creative, niece, JoAnn Catherine Arosemena N. graduated with “Distinguished Honors” from Pratt University in Brooklyn in May. The graduation ceremony was held in of all places Radio City Music Hall in New York.


My youngest brother, Tobias, is officially moving to Jacksonville, sometime in 2020. 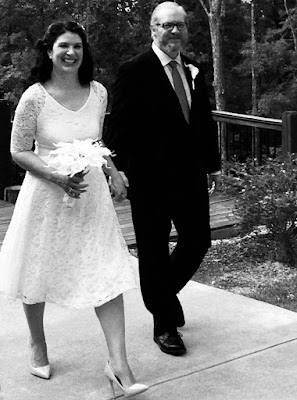 Cindy and I attended the wedding of our dear friend Nikki Heise.  Nikki married Chris Evans, the wedding was in the Blue Ridge Mountains in Georgia, it was a wonderful wedding and celebration.

Speaking of weddings, in May, Harry and Meghan got married in England the weekend I was in Ghana. I did not watch the royal wedding, but read many of the stories and updates on all the “cool” activities and persons that were included as part of the wedding ceremony and celebration.

In May 10 people were killed in Santa Fe, Texas at Santa Fe High School. It was the 22nd school shooting in the US in 2018. 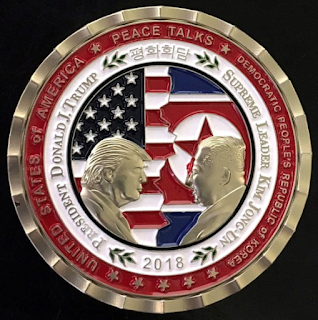 There was political theatre in Singapore in June. President Trump and North Korean Leader Kim Jong – un met to shake hands and walk around some nice gardens and sign some fancy papers alluding to some type of agreement for denuclearization. HMMMM ….  and the political theatre continues. 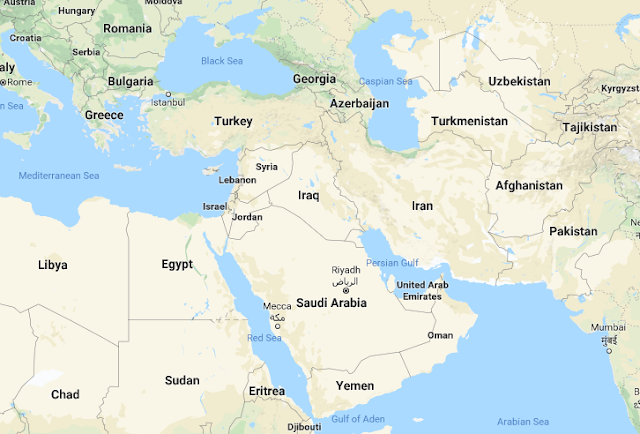 In June the UN released their annual report that track deaths of children around the world in country or regions where there is war. More than 10,000 children were killed in 2017. The top 3 countries listed in the report: 3179 children killed in Afghanistan, 1316 children killed in Yemen and 1271 killed in Syria. 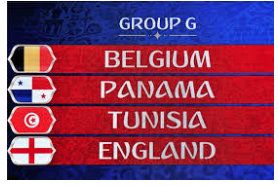 Also in June, the beginning of FIFA World Cup in Russia.  And for the first time ever, the national anthem of the Republic of Panama was heard and sang for Panama’s soccer team. Of the 32 countries that made it to the World Cup, Panama was ranked 32, yet they were happy to be there and happy to participate. They were in Group G, with two of the best teams in the field, Belgium and England.  Panama lost all of their group G matches, but for some teams like Panama this time around, getting to the FIFA World Cup is a VICTORY.

As of today, the music video, THIS IS AMERICA by Childish Gambino has been viewed 328,458,226 times. That is more clicks than the entire population of the US in 2016, which is documented at 322,762,018.  I did not know who Childish Gambino was until I heard updates about the number of views of the music video. I tried to watch the video and could not get past the first few seconds because of the violence. To put those number of views into context, the Adele video, HELLO – which was released in October of 2015, that music video to date has 2,359,759, 305 views.  Do you know Childish Gambino ? 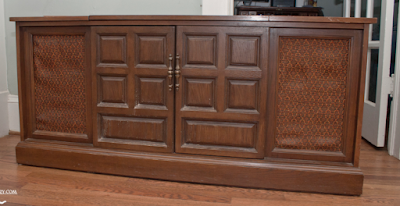 Lebron James left the Cleveland Cavaliers and signed a 4 year deal with the Los Angeles Lakers for $154 Million Dollars.   Let me do the simple math, $38 million per year, that’s almost ½ a million dollar per game during each of the 4 regular seasons.  Long long ago, the Lakers was a favorite team in our household when we were growing up. I remember watching Kareem Jabar and Jerry West with the Lakers, with my Mom. We had one of those giant console TVs in our home in Barstow, CA. Mom always liked basketball.

The world had news of two very high profile suicides in June. Kate Spade and Anthony Bourdain. Lots of media coverage, stories and articles with curated lists of celebrity tweets of condolences, shock, love and support. Kate Spade died on June 5th and Anthony Bourdain on June 8th.  It never makes any sense. Sad, tragic, surprising, sad.  At the same time the number of suicides everyday by US service men and women, the average is now 20 per day. T W E N T Y  E A C H  D A Y.  It seems that is a statistic that as a nation we’ve gotten used to. Sad, Tragic, Surprising, Sad.

President Trump to the dismay of many – has nominated two Supreme Court Justices during his term.  Just yesterday, his 2nd nomination was announced, Brett Kavanaugh. If confirmed, Kavanaugh, will replace retiring Justice Kennedy. Who would have ever thought, Donald Trump charting the course of constitutional history by impacting the Justice mix of who sits on the Supreme Court of the United States of America. 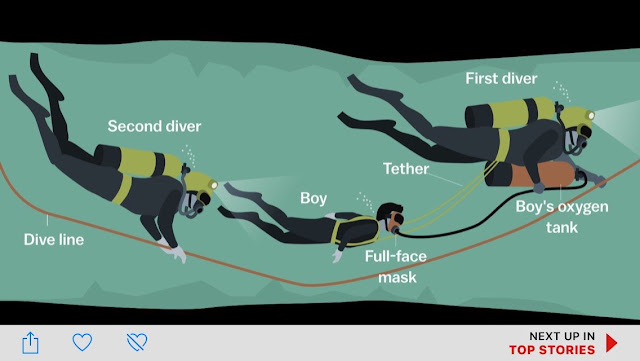 Today all of the Thai soccer team, 12 boys, and their coach were safely rescued from the cave in Northern Thailand.  Everything about that story is amazing.  The determination to find them, the amount of people involved in the rescue, the science and technology used to get them out, the sheer will and spirit of dedicated and experienced men and women who helped get them out.


Yesterday I read that petitions and protests are starting to spring up all over US because Coscto decide to remove the Polish Dog from their menu in the
Costco retail locations.   And it’s because Costco wants it’s customer to have healthier food choices.  Will see if public opinion is able to reverse this decision by the retail giant. 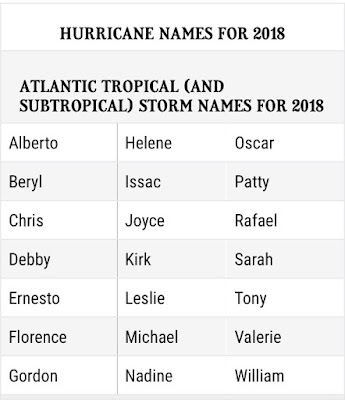 2018 Hurricane Season is officially underway as of June 1st.   And we are currently at Chris. I hope and pray that we don’t have anything like last year, with the likes of Hurricanes Harvey, Irma and Maria. 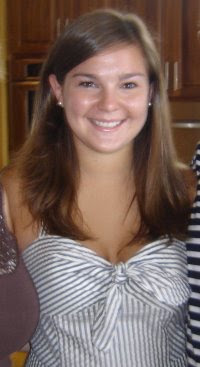 Anne Maluhm's Birthday was July 9th, she would have been 32 years old. She is for sure celebrating from Heaven. Anne we love you and miss you and keep you in our hearts always. 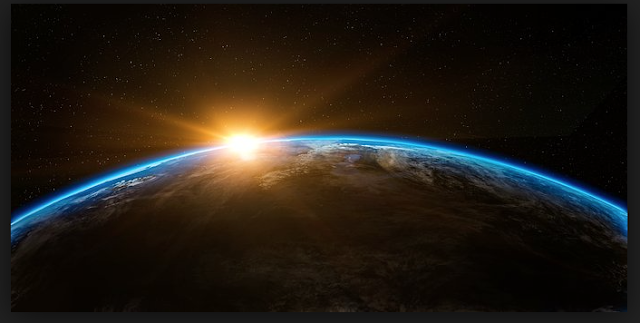 Wherever you are, I hope your last 59 days have been good. Here is to another sunrise tomorrow.