My phone will get notifications from First Coast News in Jacksonville with the score at the end of each quarter, and maybe, depending on the outcome, I may watch the NFL highlights via the internet.

Today I'm sending a short PSA video on how to put on a band-aid. This type of application may not work for every cut, it should work for many.  Just this past Sunday when I was picking up the shards of glass from the Morgan ceramic bowl incident, I cut one of my fingers, I had to wear a band-aid for a few days and exactly what it shows in this video is what happened, the band-aid came off.

I got the video via an email message from my brother-in-law Parker, I'm not sure where he got it. He shared in his email that in 25 years of working as a volunteer on a Ski Patrol he never saw this type of band-aid application either.

And my DAD who was an amazing surgeon, he did not apply band-aids this way either.  He had a different strategy, which did work.  Now that I'm posting an PSA update on band-aids, I will write an update sometime in the future about my DAD's method of applying band-aids. And why. Now that I think back, my MOM use to apply band-aids the same way my DAD did and for the same reason, she was a surgical nurse.

I hope you are able to see the video uploaded below. Sometimes it looks like the videos will work when the update gets published, sometimes they don't.  If the video does not play, I included some screen shots from the video so you get the idea.

Hope you don't have to use a band-aid anytime soon, if you do, try this and let me know if it works. 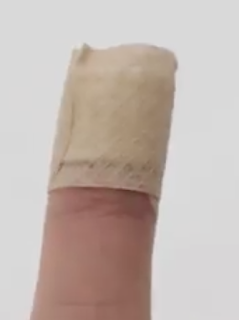 The is the way probably most everyone applies a band-aid 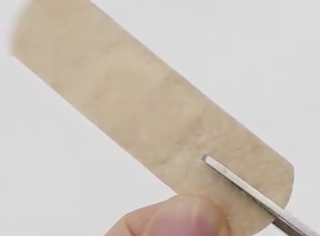 The suggested methodology in this video, is to cut each side
of the band into 2 small trips 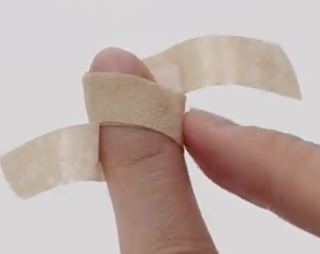 Then apply the strips across,
as in the show in the photo 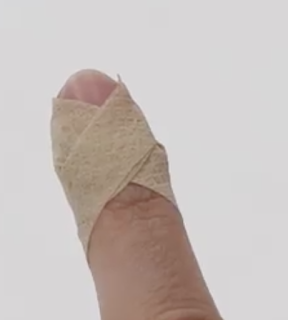 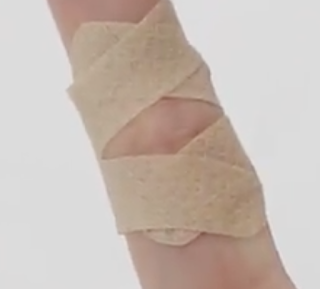 Another version of the same idea 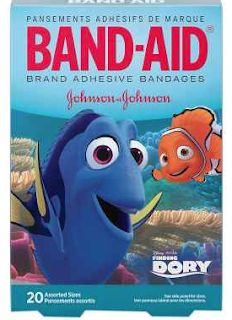 And regardless of what method you use to apply a band-aid, when you use Finding Dory band-aids it always make the patient feel better right away !