The Doomsday Machine,
Confessions of a Nuclear War Planner
by Daniel Ellsberg

I had never heard of the term OMNICIDE until I read this book.  I’d never heard of the term nuclear winter. One of the questions Ellsberg ask over and over in the book, “Does any nation on earth, have the right to posses such capability? A right to threaten (by its simple possession of that capability), the continued existence of all other nations, populations, their cities, and civilization as a whole?” 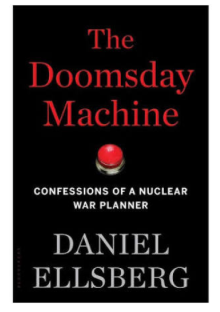 Another difficult book to write about and for many reasons.

I will also add that if you have any interest, even the remotest interest in the state of the world, the big world, along with the US, and your own personal world, your state, your city, your home, your family, as it relates to the possibility of a nuclear event, this book as difficult as it is to read, I recommend.

The main reason I read this book: coincidence.  Recently we had the back and forth irrational banter and taunts between President Trump and the crazy guy from North Korea.  And because I recently saw the movie, THE POST.

The 2nd reason, during the week that I saw the movie, a book review had been included in The Week magazine, featuring the Daniel Ellsberg book. The book was published in December of 2017. Daniel Ellsberg today is 86 years old. I was curious about the title, the author, and so I put it on hold at the JAX library.

Ellsberg got his graduate and doctorate degree from Harvard, he studied economics.  His dissertation on decision theory was based on thought experiments that showed that decisions under conditions of uncertainty and ambiguity generally may not be consistent with well defined probabilities. How he got from studying economics to working at RAND, you have to read the book.  The book is based largely on his experience as a RAND consultant in the late 1950s and 1960’s.  He also worked for the Pentagon under Secretary of Defense Robert McNamara.

Based on Ellsberg’s work at RAND, specifically analysis of the command and control of nuclear weapons, he was given access and clearance to study and analyze what I refer to as the “methods and procedures” that govern how and when nuclear weapons are used.  Ellsberg gets a front row seat to all of it, the military understanding of command and control and the politicians, the elected officials understanding of the same.  Ellsberg goes out to military installations all over the world and gets access to and interviews every level of personnel in the command chain of when and how nuclear arms would be used.  And what you find out is incredible and scary.  And the incredible and scary aspects of what Ellsberg analyzes and reports from way back then, most of it is still going on today.

The book is set in the context with so much history and Ellsberg makes sure you know what and who and why decisions are made, not made, with what degree of information, sometimes misinformation, and at what level. His chapters on the Cuban Missile Crisis, I couldn’t believe some of what I was reading. He was right in the middle of the crisis, it was amazing.

There is also information on Nixon and what he as a president considered when wanting to end the Vietnam war.  Yes nuclear weapons.  And the difference between what the public thought was going on and what was really going on specific to “who had access to the button”, it’s amazing what you learn when you read this book.

From what I’ve read in recent reviews of this book, much of what is in the book is not new. Others have written memoirs or historical books on all things nuclear.  Many like me, may have not read any of the prior books on this topic, this book I hope is ready by many. Perhaps others will come to this title like I did, the dots were connected and I was very curious.

I could not believe some of what I was reading.  The book is very detailed, some times too much. I found much of it well presented, while the subject matter is extremely difficult to accept and believe, the book is not arduous. Much of the book feels like you are reading a report he may have worked on at Rand. Ellsberg also shares the human side of what he was thinking and going through, many times working in disbelief and complete frustration, what he knew, and what others could not grasp or understand or simply ignored.

Certainly the idea or the suggestion that today there could be a successful, isolated, preemptive nuclear strike, to deter further conflict, is political theatre.

From what I read and understand of this book, a preemptive, isolated nuclear event inevitably becomes a slippery slope most likely ending the world as we know it today. Ending the world, ending humanity, ending civilization, otherwise known as omnicide. 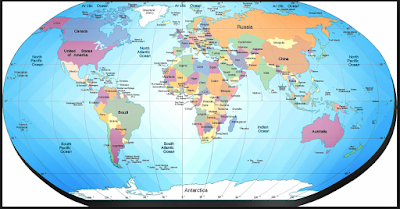 WE HUMANS almost universally have a false self-image of our species,” Ellsberg writes, believing that “monstrous, wicked policies … can only be conceived and directed and carried out by monsters.” But those who created this threat to humanity were normal and ordinary people. Given our long and dismal history, our willingness to burn and maim and kill each other on massive scales, and our irrepressible inventiveness at devising ever more efficient and destructive weapons, the only possible conclusion is that “this is not a species to be trusted with nuclear weapons.”