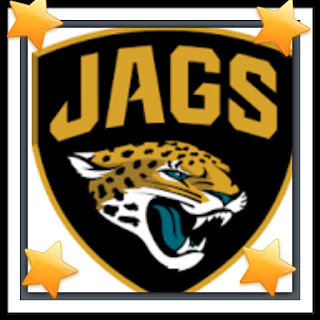 A football post two weeks in a row, something must be going on.

And indeed there is, for the 2nd time in my life, I'm going to watch a football game at my sister's. Crazy as that sounds, I will be watching the AFC Championship Game at Ana and Parker's tomorrow at 3:05pm.

While the Jacksonville team is definitely the underdog, anything is possible.  It would be awesome for the Jaguars to dethrone the Patriots; at the end of the day, it's a game, may the best team win.

To think that the Jaguars only won 3 games last season and tomorrow they are in the championship game for the AFC. Maybe they are destined to go to the Superbowl !

Everyone in Jacksonville is excited. I was at the Town Center mall today for a quick errand and I saw at least 50 Jaguars hats, Jerseys, T-shirts, and flags. Our local newscast stations all this week have started their daily shows with a Jags story, an update, a behind the scenes look. I will be one of the many fans rooting for the team.