My goal in January was to post an update to VIP everyday. I made it 25 days.

Yesterday I had plans to write an update about an interesting visit to a coin laundromat on Friday; yet a wonderful book kept me reading and reading for hours and then it was too late. So 25 days, I’ll take that stretch for sure

The book, Among Warriors, A Woman Martial Artist in Tibet, by Pamela Logan is a front row seat to the author’s amazing travels, some hiking, lots of biking in some of the most remote parts of Eastern Tibet in search of Kham warriors.  The author was in parts of the world that I’d never heard of. When I read the book recommendation in The Week Magazine, I knew it was one I would check out from the Jacksonville Library.  I was curious about why and what kind of person would embark on such an adventure. And certainly curious about the adventure itself !  So many questions. 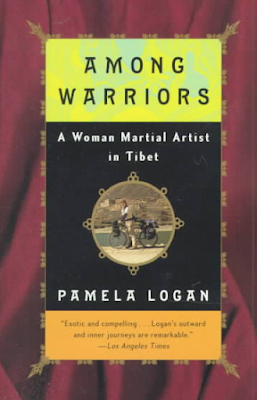 I learned that the author has a doctorate in aerospace science from Stanford. Her lifelong experience with the study and mastery of karate influenced her decision to seek out the Kham warriors, fierce horsemen who for 25 years waged a relentless guerilla war against the Chinese occupation.

She has a 3rd degree black in Shotokan Karate. She felt some kinship to the ideals, discipline and mastery that go into being a warrior. And she had been on a post PhD “present to herself” trip to Nepal, as she says, “my last fling before surrendering to a life of ivory-tower imprisonment.”  She had this prior travel experience in Nepal and had heard about the Khan warriors on that trip.

What kept me turning the pages was her day to day experiences as she traveled in some of the most remote parts of the world. The trip was in the early 1990s. She rode her bike from village to village, sometimes she rode the bus or got rides in the back of trucks, her bike always in tow, and countless times she was taken care of by local Tibetan people. They were kind, hospitable, helpful, and yes curious.

In some places she stayed in hostels, in others she stayed in monasteries, and many times she was in a yak hut with a local family. She learned basic Tibetan and Chinese language so she could communicate.  She prepared for two years, and was on this amazing journey for 12 months. The trip was paid for by the Durfee Foundation, at the time she went, the foundation was funding travel to China for Cal Tech alumni. She applied and got the grant. 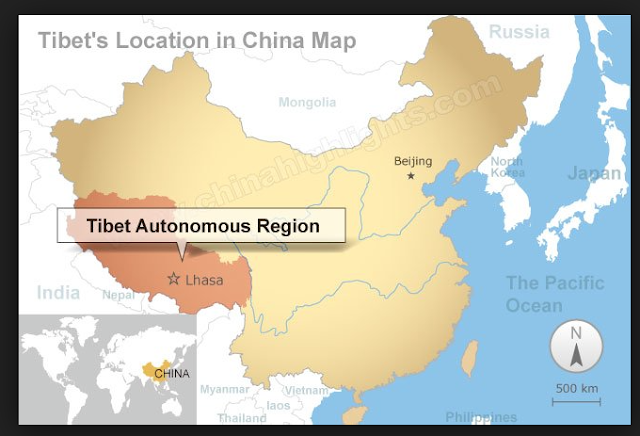 I was amazed that she never was in any real danger, except some encounters with dogs.  Most everyone was kind to her, most all local villagers were curious about why a woman would travel on her own and be in parts of the world were very few Westerners travel.  She certainly prepared well and from time to time she would run into and travel for a few days with other Westerners and Europeans which helped.  Travelers that spoke English and travelers that could share in her experience.

She never did really get to meet and be with Kham warriors per se, you have to read the book to find out what all she was able to accomplish. Certainly being there that long and traveling in those amazingly remote places and then coming home and writing a book, huge accomplishment !

And she’s done more after she returned to the US.  For her bio, click here.

As soon as I post this update, I’m going to start reading The Bright Hour – A Memoir of Living and Dying by Ninna Riggs.