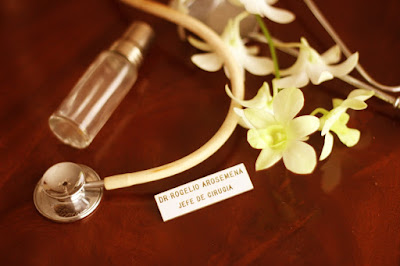 Today, January 8th, 15 years ago was a Wednesday. That particular Wednesday was 5475 days ago.  I was living in Atlanta, GA.  That specific day, was the coldest day of the year in 2003 in Atlanta, the record low 15* degrees.

I was working at Cox Communications, it was my 15th year with the company. My office was on the 4th floor of the Lake Hearn Building, I was in the back hallway corridor on the East side, the area were I worked known as 4 East Back.

That cold day in January I was focused on finalizing a presentation and materials that were going to be shared at the annual Cox Communications Customer Care Conference, scheduled for the following week in San Antonio, Texas.  I worked on the corporate customer care team, our team was responsible for the meeting agenda, logistics, guest speakers, the menu’s, everything.

That particular Wednesday I worked late. My phone rang close to 6pm, my brother, Roger calling from Panama to let me know that our DAD had died peacefully at his home in Panama. That Wednesday my brother and his son, Roger 4 had visited Dad, along with my DAD’s brother, Uncle Dick.  Our Dad passed Wednesday January 8th, late in the afternoon at his home in La Cresta.

It was a call that we all knew was coming.

The medical team that cared for my DAD at the Mayo Clinic in Jacksonville, in November of 2002 shared that when he went home, back to Panama, it would take about 45 days for his body to succumb, he passed on day 42.  The cancer spread, his lungs filled up with fluid.  He died in his sleep at his home in Panama.  And everyday since that day, all 5475 days since then, I’ve missed my DAD daily.

Something about that reality rings a different truth in waking every day. Ana, Roger, Carlos, Tobais and myself, are so fortunate and blessed to have had amazing parents.  I love being a child of JoAnn and Rogelio.

That particular Wednesday following the phone call from my brother, Roger, I made calls to my siblings. I called Carlos, he also lived in Atlanta. I also called Toby in California.  I don’t remember how Ana got the news. I then called our department admin, Jennifer Chinn, to let her know, I wanted to be sure that my flight reservations for San Antonio where cancelled.

I continued working, holding onto whatever semblance of normalcy I could.  One of my teammates, Joel McGinley, happened to be in the office, Jennifer shared the news with him, he came down the hall and stood in the doorway of my office, I remember Joel saying, “I know how much you love your DAD”.   And he offered his condolences.   The other memory that is crystal clear, the flowers I got from my dear friend, Alfredo Elias-Calles. They were fresh, a vibrant yellow color filled the corner of my desk for all the days until I traveled to Panama.

The services were held the following Tuesday, January 14th at 3pm at the Santuario Church in Panama City, Panama.