It took me 165 days to get a bike, specifically a beach cruiser and get myself to Jacksonville Beach to ride on an awesome, just cool enough, but not too cool, afternoon, this past Saturday.

It was everything I imagined and as some big guy in some long ago movie said.... I'LL BE BACK ! !

Don't get me wrong, I've been riding my bike ever since the crazy episode with the pit bull in November.  I was so motivated by fear after the dog encounter, I went out and got a bike 3 days later and have been riding ever since.

I usually ride with my neighbor, Debra, most days we ride between 7 and 10 miles. There is BIG BIG church parking lot right across the street and we usually go there.  There are tons of sidewalks around the area where I live, sometimes we venture north on Gate Parkway, sometimes south, there is always somewhere to go.

And the sand on the east coast of Florida, certainly is not fluffy white, but certainly is packed firm that you can ride as if you were riding on a sidewalk.  There's always trade off between beauty and functionality. 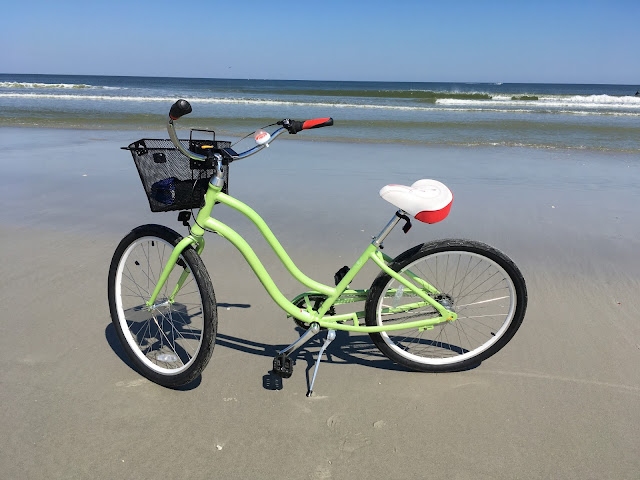 Saturday was the first warm day after a run of 3 or 4 days where the lows in the morning peaked in the high 30 and low 40's and they days high were in low low 60's.

For Jacksonville these temps are COLD ! I was landlocked, no bike rides for a few days and I was ready.

I specifically wanted to go to the beach by myself so I could take everything in, sights, sounds, people, music, wind, air, sun, bicycles, dogs, surfers, swimmers, waders, kites, all of it. I wanted to be able to focus 150% on being at the beach on my bike, and the afternoon did no disappoint.

It was almost surreal, the theatre of humanity, locals and tourists alike at the beach on a beautiful day, no one could script the breath of diversity, the range, the bodies, outfits, tattoos, the hats, the bathing suits or lack thereof, the men fishing, the lonely lifeguards, the families, the couples, the band of young guys playing football, the two or three really cool people flying fish shaped kites, and the hundreds and hundreds of people taking selfies, it was entertaining, not a dull moment.

I rode almost 7 miles, 3 with the wind, 3 coming back against the wind and the balance on the street to and from my car.  My take away from the experience, come back and ride on weekdays.  While the beach was not crowded, riding during the week will be better, less people, less traffic, and more wide open sea and sand to ride.

I took note of the few really cool bikers who had mini speakers strapped to their handle bars or in their baskets and they were playing all types of jamming island music or crazy loud "get out of my way" vintage rock and roll.  I have one of those tiny speakers, maybe one day I will bring along some music. 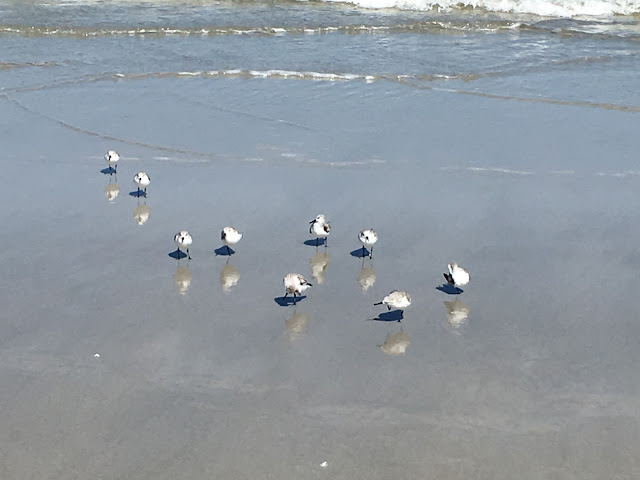 It was indeed a perfect e.e.cummings day at the beach.  A day much like the day that inspired his poem, Finding Yourself at the Sea. If I could've photographed all the little girls, all in their adorable suits, jumping, skipping, running to and from the waves, holding dearly onto Mom or Dad or their older brothers or sisters, they were all there .... Maggie, Milly, Molly and May ~

and maggie discovered a shell that sang
so sweetly she couldn't remember her troubles,and


and molly was chased by a horrible thing
which raced sideways while blowing bubbles:and


may came home with a smooth round stone
as small as a world and as large as alone.


For whatever we lose(like a you or a me)
it's always ourselves we find in the sea
E. E. Cummings 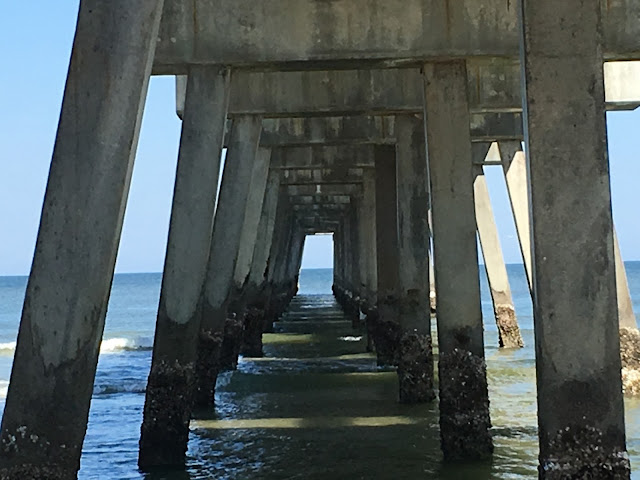