This post is past due, I've been meaning to provide an update on this book for weeks.  I've not read the book, I plan to read soon.

I love the idea of science, research, discovery, translated into thoughts, ideas, information that everyone can share, digest and understand.  Being 19 months away from my 60th birthday, this topic is of interest for sure: Living Younger, Healthier, Longer.

Elizabeth Blackburn is originally from Australia. She along with two other scientist were awarded the Nobel Prize for Physiology/Medicine in 2009 for their work and discovery of the telomere effect.

Check out her Wikipedia page.  As soon as I read the book I will provide update. 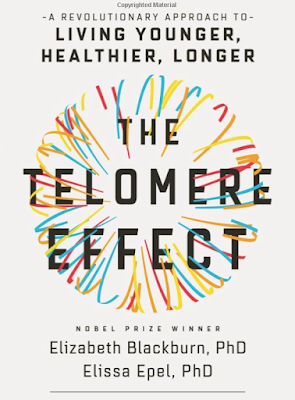 From the New York Times Book Reviews - By Gregory Cowles

January is self-help season — all those resolute readers, still nursing champagne hangovers and chocolate tummy aches, snatch up titles like “Food, Health and Happiness” (No. 1 on the advice, how-to and miscellaneous list) and “The Lose Your Belly Diet” (No. 2 on the same list), which will linger for a month or so before giving way to funny cat books, only to resurface like freckles at the first sign of beach weather.

It’s not all questionable science and impossible aspirations, though. “The Telomere Effect,” an anti-aging book new at No. 15 on the hardcover nonfiction list, was written by a couple of honest-to-God scientists: Elizabeth Blackburn, president of the Salk Institute and a 2009 Nobel laureate in medicine, and Elissa Epel, a health psychologist who directs the Aging, Metabolism and Emotion Center at the University of California, San Francisco.

The quick version of their book, and their research, is that our chromosomes rely on protective caps (called telomeres) akin to the tips that keep shoelaces from fraying; healthy living, they claim, can preserve or even restore those caps to slow the effects of aging. “Move your body,” Blackburn advised listeners of WNYC radio this month, in an interview with the journalist Jonathan Capehart in which she also casually deployed the correct term for those shoelace tips. (They’re aglets.)

“Everyone thinks, ‘Oh, I have to run marathons and join expensive gyms and things like that.’ It turns out really brisk walking, even for short periods of time every day, buffers or alleviates some of the stress-related telomere shortening that happens in chronically stressed people. This is very encouraging, because even if you have a short lunchtime, you can get out and really briskly walk 10 minutes every day. . . . It’s totally doable, and it’s free.” 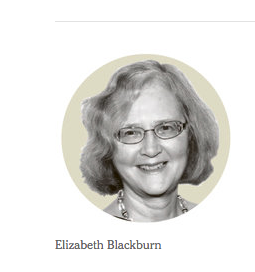 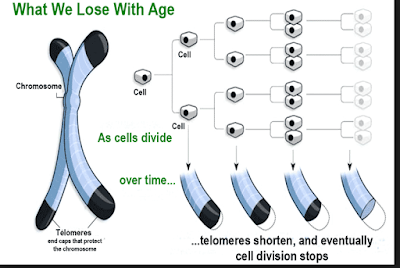