Red Trees, A Whale and Palms 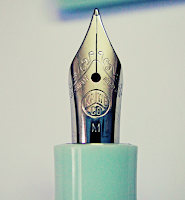 There are many times I want to write and the writing doesn't get accomplished.
All the ideas, thoughts, observations, the would be photographs all in my head and heart. HMMMMM .......

I was in Atlanta last week, it was cold, cold; it rained for three days straight. I witnessed fall in such a vibrant way,  I wanted to photograph the fallen leaves, there were hundreds, thousands all over my brother's neighborhood, their colors significant, more pronounced, the leafs fallen after a hard cold rain.

I forgot how beautiful fall can be.

In the area where Carlos lives, there are several Red Japanese Maple Trees, they are beautiful, a color hard to describe. The shiny red of a new subdivision STOP sign combined with a tint of maroon. Even if I had a camera, the beauty wouldn't translate. The red color is so special the trees all seem to be evoking emotions: sadness, strength, poise !

I left Atlanta Tuesday early morning, the temperatures in the low 40's, by the time I reached Jacksonville, 350 miles later, it was 82*. 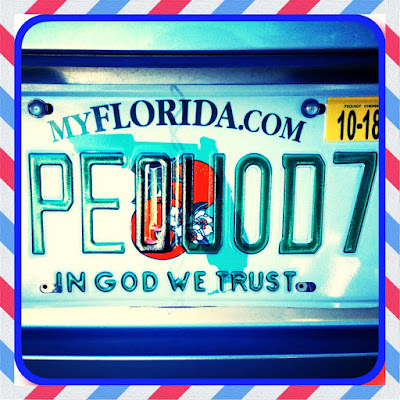 Today I got my car tags, t's official, the PEQUOD has sailed in JAX.

I had to add the 7 to the tag as PEQUOD was already taken.  This was the same as when I lived in California.  It will be interesting to see how long it takes for someone to roll their window down and ask .... Moby Dick right ? 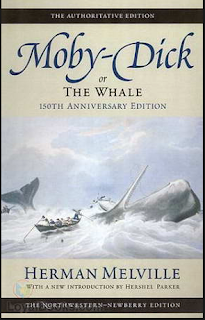 I will say yes and we will both smile. In Atlanta at least once a quarter I would get this question at a stop sign, in a parking lot, all Herman Melville fans ! 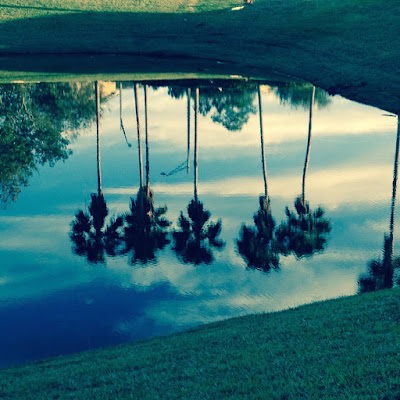 Since the dog episode of two weeks ago, I've been riding my bike, THE RED REFUGE. Across the street there is a big church parking lot, easily accessible and safe. These upside down palm trees part of the church landscaping. I photographed the reflection about 4:45pm yesterday afternoon. 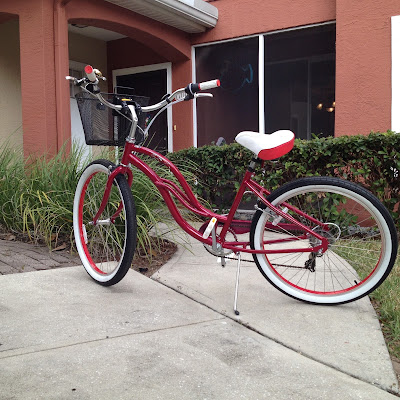