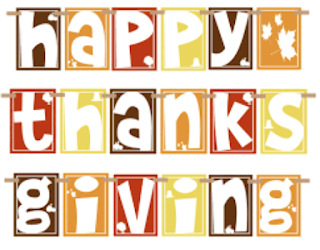 On October 3, 1863, President Abraham Lincoln set aside the last Thursday of November as a day to give thanks, a new national holiday, Thanksgiving.

He urged his fellow citizens then embroiled in civil war to not lose sight of the gifts surrounding them, among them "fruitful fields and healthy skies." Lincoln understood that, even in the worst of times, gratitude is essential. 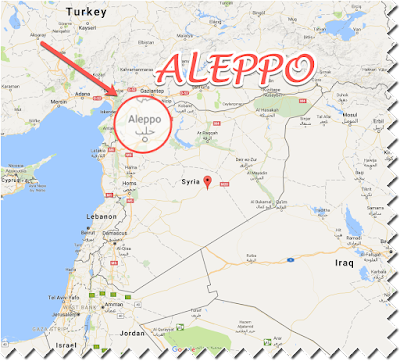 This very morning I woke up at 4am, it's been this way for months.

I always confirm whereabouts of Maddie and Morgan, sometimes I have to look for them as Maddie as of late sleeps behind the couch. Once I know where they are, I usually read, or log onto the iPad to check the headlines on CNN. That's how I found about the election a few weeks ago.

The top headlines trending on CNN today at 4am:

Stein raises over $2M for recounts

Message from Aleppo to the World


I clicked on the Aleppo headline link.

After seeing the video, listening to the short message and reading it
on the screen, my heart sank.

A simple and profound message, brave souls, isolated between crazed enemies, asking for help from the world, from anyone and everyone that can help.

A message for Presidents, the United Nations, ambassadors, philanthropists, organizations, NGO's, churches and citizens, yes regular people thousands of miles away, people like me.

I struggle to know and understand and recognize the presence of evil in the world, the daily actions and inactions of a handful of so called leaders that in turn impact thousand of people, especially children.

To imagine that Bashar al-Assad went from practicing ophthalmology in London to the extreme: leading Syria in a civil war since 2011, devastating the country, it's people, the infrastructure, the culture and the future of Syrian generations to come. How do you go from doctor to dictator, what capacity in the human psyche allows for such shift in perspective in the human heart and mind.

Bashar al-Assad, the soft-spoken younger brother, an ophthalmologist
by training, kept out of the limelight. He was a gangly bachelor and
computer buff whose personal blueprint for life appeared to include
nothing more public than running a quiet medical practice.

Certainly there is history from the beginning of times of wars and genocide in the name of power, religion, race, greed, special interest in natural resources, geographic boundaries and so much more.
I know bad things have happened in the world.

The difference now: the ease of access to information, photographs, videos, personal accounts, statistics, all from he front line.

To think that can I view the plea from Aleppo on the credit card size screen of my iPhone 4 - it's sometimes too much for me.

The vastness of humanity all the good, all the bad, the possible and yes the sometimes impossible, it's available to us all for acknowledgment, for comprehension, for recognition, for action and/or lack there of via platforms and devices that deliver so much information: world tragedies competing with Google top trends in the US today: the Thanksgiving Macy's Day Parade and how long to brine a turkey.

And to be very clear, not the business of democracy.

I'm thankful for the principles, the ideas, the foundations of DEMOCRACY, the balance of power, for the canvas that democracy allows, for the opportunities, for liberty ! 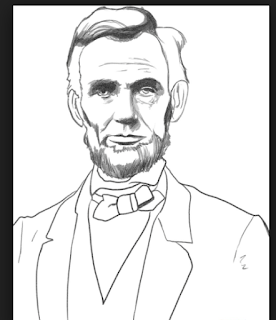 By the President of the United States of America.
A Proclamation.

The year that is drawing towards its close, has been filled with the blessings of fruitful fields and healthful skies. To these bounties, which are so constantly enjoyed that we are prone to forget the source from which they come, others have been added, which are of so extraordinary a nature, that they cannot fail to penetrate and soften even the heart which is habitually insensible to the ever watchful providence of Almighty God.

In the midst of a civil war of unequalled magnitude and severity, which has sometimes seemed to foreign States to invite and to provoke their aggression, peace has been preserved with all nations, order has been maintained, the laws have been respected and obeyed, and harmony has prevailed everywhere except in the theatre of military conflict; while that theatre has been greatly contracted by the advancing armies and navies of the Union.

Needful diversions of wealth and of strength from the fields of peaceful industry to the national defence, have not arrested the plough, the shuttle or the ship; the axe has enlarged the borders of our settlements, and the mines, as well of iron and coal as of the precious metals, have yielded even more abundantly than heretofore.

Population has steadily increased, notwithstanding the waste that has been made in the camp, the siege and the battle-field; and the country, rejoicing in the consciousness of augmented strength and vigor, is permitted to expect continuance of years with large increase of freedom.

No human counsel hath devised nor hath any mortal hand worked out these great things. They are the gracious gifts of the Most High God, who, while dealing with us in anger for our sins, hath nevertheless remembered mercy. It has seemed to me fit and proper that they should be solemnly, reverently and gratefully acknowledged as with one heart and one voice by the whole American People.

I do therefore invite my fellow citizens in every part of the United States, and also those who are at sea and those who are sojourning in foreign lands, to set apart and observe the last Thursday of November next, as a day of Thanksgiving and Praise to our beneficent Father who dwelleth in the Heavens.

And I recommend to them that while offering up the ascriptions justly due to Him for such singular deliverances and blessings, they do also, with humble penitence for our national perverseness and disobedience, commend to His tender care all those who have become widows, orphans, mourners or sufferers in the lamentable civil strife in which we are unavoidably engaged, and fervently implore the interposition of the Almighty Hand to heal the wounds of the nation and to restore it as soon as may be consistent with the Divine purposes to the full enjoyment of peace, harmony, tranquillity and Union.

In testimony whereof, I have hereunto set my hand and caused the Seal of the United States to be affixed.

Done at the City of Washington, this Third day of October, in the year of our Lord one thousand eight hundred and sixty-three, and of the Independence of the United States the Eighty-eighth.

By the President: Abraham Lincoln