Today is the Friday of Mother’s Day weekend.

504 months have marshaled through calendar pages since that Friday in May. 15,204 sunrises and sunsets have signaled the start and stop of all those days.

The marker, the scar, the void, it all began for her that Friday morning. She heard the words spoken softly at the breakfast table. It was long and rectangular, with rounded corners, the table she sat for most of her meals since they’d moved to that home in the summer of 1972.

The home of her family, the kitchen table at 108 College Court.

That Friday morning before school, her Dad cautioned over breakfast cereal, “Today could be the day”.

Nothing else had to be spoken. No questions were asked, no comments were made. The realization of the simple words flooded the entire kitchen.

The next few swallows were hard, the cereal almost choking the dry gulps of truth.  The realization of this unbearable thought could not be digested by her young adolescent life.

How could this be? How could today be the day, it’s Mother’s Day weekend?

Who was the cosmic joker masterminding the timing of this frightening possibility? And yet the day continued, the hours of this particular Friday surreal.

Was the routine of getting to school, opening her metal locker and going to class, an attempt to hold onto normalcy?  Mr. Hurdon’s World Geography at Kennedy High School, a safe harbor that morning.  He was a cool teacher, easy going, his classes were interesting, he always gave his students time to think, to consider, his learning style cool and collaborative.  He was young, hip, from the Bay Area.  His first name was Floyd.

He often used Mr. and Miss to address his students, especially when he wanted to make an important point or when discussing serious topics about the world.

She stepped out into the hallway and reached for the green slip he was holding, his arm outstretched.  The small, army green paper slip documenting the time, her full name and the reason for the hallway pass.  That’s what they were called, the hallway pass.  Kennedy High School had big bunker cement buildings all connected by open breeze hallways.

Mr. Brown had called for Elena. He was her guidance counselor.  She immediately knew, no words were spoken between her and her teacher.

It took less than 5 minutes for her to walk to the school office and make her way to Mr. Brown’s area. It was just before 10am that Friday.  Mr. Brown was a guidance counselor and the varsity football coach. He was well liked, he was tall and handsome, a bit older than most of the teachers.

When she walked in, Roger, her older brother was already sitting in the office. Mr. Brown and Roger, sitting stiff, frozen in the worn office furniture, they’d already spoken. He was a senior at JFK, her older brother; it made sense he should know first.

Mr. Brown’s chair was on wheels; he shifted a bit and turned towards both siblings. He hesitated, “The hospital called.”

The words heard in her mind, a loud industrial deliberate echo, each consonant and vowel individually piercing every bit of her body, mind and beating heart.   A few formalities were discussed about being excused from school and going home.

The reality of those few minutes forever changed her life.

Those moments in Mr. Brown's office signaled the marker, the end of one road, one life.  When Elena woke that morning, that 10th of May in 1974, her Mother, the Mother of Ana, Roger, Elena, Carlos and Tobias was alive. Alive and fighting for her life, fighting stage 4 ovarian cancer, fighting the metastasis of the deviant delinquent cells that invaded her body. 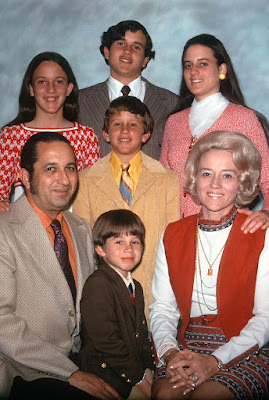 JoAnn Catherine Arosemena Rodewald, 45, was alive, breathing, her heart beating; beeps registering proof that she was alive in her hospital room.

Leaving Mr. Brown’s office that morning, her life would never be the same.  Even though Elena knew that her MOM was very sick, that the diagnosis was terminal, the reality of death was never considered until the simple words were spoken.

Elena walked back to Mr. Hurndon’s class, she made her way back to  the same brightly lit hallway where she’d been a few minutes before.  He was still sitting there, perhaps waiting for her return.  She’d already been at her desk, gathered her books and bag, the green hallway pass now in her jeans back pocket.

Elena shared with Mr. Herndon,  “My Mother died, I have to go home.”

And so began that Friday morning, the rest of her life, forever different, her Mother gone.   The current, the maternal Iowa wattage shared between Mother and child, that day fundamentally and forever shifted.

The source of life given and shared between Mother and child, now different, the physical light, love, touch, forever held in the heart of her children’s memories and love. 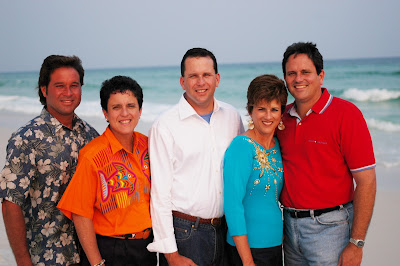