For a few days this past week, I anticipated silence.

I knew I would be attending a memorial service for a wonderful co-worker, Stephan Els, who died suddenly and too early in his life, at 43. I knew him from my days at Cox, I always admired and appreciated everything about how Stephan conducted himself always putting people first.

He was respectful and considerate of everyone involved in whatever project we were all working on, regardless of the craziness that sometimes surrounded large groups and large IT projects at Cox. Stephan was originally from South Africa, he will always be the father of two beautiful boys. He was married to his wife, Jocelyn, since 2004.

I knew the service would be well attended. I planned to go early. I wanted to and needed to sit in the large church sanctuary alone and in silence. As I’d expected, the absence of sound as fleeting and momentary as it was, the silence was tall, thick, proper and palpable. The silence was honorable and silver. It was the kind of silence that attempted to engulf the unspoken and unseen grief that flooded the church hall.

The sanctuary was filled with natural light pouring in from the floor to ceiling windows. The large open space was necessary, everyone in attendance trying to manage and comprehend the sudden loss, the life loss, the new void, the Grand Canyon of grief.

Everything in the room was set: flowers, pictures, candles, the first 2 pews reserved for the families.  The order and structure at the front of the sanctuary, a semblance of what we know memorial services and funerals are supposed to look like.  I wonder years from now, what the boys and Jocelyn will remember of those details.

The memorial service was filled with love. If only the world could have more people like Stephan.

Not the solitary confinement imposed type of silence. I'm referring to the silence I can seek, plan for, be a part of. The silence present in the void of sound so my heart and breathing are the only audible contributors to the moment.

I had an experience of surreal and voluminous sanctuary silence in September of 2003, in of all places, one of the mother load churches of the world, St. Peter’s Basilica in Rome, Italy.

I was there in September of 2003, seven months after my Father died in Panama.  And in that football field size of a sanctuary I was in my Father’s presence in a physical way that only the participant can really comprehend.

I was one of many in the basilica that day, quiet, respectful.  I felt a cool swift breeze pass all over me and there he was, my Father present in such a significant way, I could only cry.  I cried from the deepest corners of my soul, I remember walking away from the cool breeze that startled me and he followed me, it took me a few seconds to recognize and realize that it was OK for me to be with my Father in of all places, St. Peter’s in Rome.

I walked around a bit, looking, glancing, listening, holding onto and wanting to stretch every waking instant of this visit.  And it all happened in silence, in sanctuary silence. 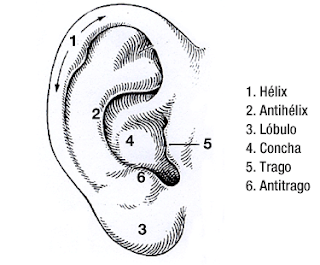 I enjoy and appreciate silence because I have acute hearing, as I like to call it astronaut hearing. My Mother was this way, she could hear everything.

Because I have this acute relationship with sound, silence takes on many shapes and forms for me. And certainly it represents rest and solace which I value greatly.  Wether you consider silence a teacher, friend, foe, perhaps cruel or scary, the void of sound can certainly take on many personalities and volumes.

The silence of gratitude can sometimes be so loud, so significant that you're forever impacted by the memory of the moments, the look, the gestures.

The last Thursday I sat with my Father, a Thursday in December of 2002, we spoke from the heart, from the history we had between us, the bond, that day the words all transmitted by the look in our eyes and the love in our hearts.

I knew, he knew and the silence knew.

His right hand reaching up from under the light blue sheets, my left hand reaching for his, we held as tight as we could, we both cried in silence.  Those moments of gratitude between Father and child engulfed in a tsunami of silence. Words could have never spoken the emotional tides that flowed between both of our hearts that day.  Those words don’t exist in any spoken language.

In a similar setting I sat in silence for many afternoons after school, the place, Barstow Community Hospital in 1974, in March, April and May. I sat in a room on the surgical ward, it was hospital white and sterile and I sat in silent gratitude because I was in the presence of my Mother. I wanted to be there, and even though she was very very sick, she was alive and I needed to be with her.

So every afternoon I went, or most.

She was sedated, the palliative care of choice, morphine, I knew what to expect.

We rarely spoke, from time to time her eyes would open, she would recognize me, her left hand would move ever so slightly toward me. In the loudest of silences, I remember every day praying inside my head and heart for this, for her eyes to open, for her hand to move, for her to recognize me. And when those prayers were answered,the explosion of gratitude in my heart was heard by all the angels patrolling the earth.

The love between Mother and child in that hospital room, all spoken in a silence that was, well almost electric.  In those moments, her blue eyes as quiet and soft spoken as they were, they are forever fixed in my heart, in all the memories of my life. 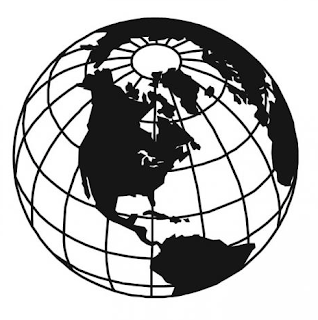 This has only happened to me once and it was like being in a movie or on a giant movie set.  That night the silence grew in volume as the realization of what was happening continued to register in my brain.

I participated in what I refer to as universal silence, it was about 15 or 20 minutes and I don’t know if this will ever happen again. It was a week night, I was part of a software development team at Cox. When we completed a production release we had to be at work usually between 12am and 2am depending on how large the release was.

I did that night what I had done many times before, got up, got dressed and got in my car and drove to work. From the time I left my garage on Winterhaven Court to the time I got to the Cox building on Mansell drive, I did not see any sign of human activity. No cars on the road, no cars at open gas stations, no sign of any activity, no deers on the road. No one, nothing.

I was on Holcomb Bridge Road which is a significantly high traffic road in Atlanta and no cars in sight anywhere, no one. As I kept driving, I got a tiny bit apprehensive, thinking to myself, NO this can’t be possible and then as I kept driving, looking, no one in sight, not one shred of evidence that there was anyone else on the planet that night.

As the realization grew in my mind, the traffic lights seemed to shine brighter, the asphalt on the road seemed to get darker. When I rolled my window down, I was looking for sounds, the cool of the night seemed almost an artificial ingredient of some giant hoax.

I thought to myself, could this really happen, could I be in the universe in a city of 7 or 8 million plus and on a 15 or 20 minute drive to work, and not see any sign of human activity.  It was surreal and magical and eerie all at the same time.   And the silence that night was me and the world.

What I mean by this, the silence that has to be part of an experience, so you can appreciate, recognize and truly enjoy a specific sound you know, a sound you are anticipating, a sound that brings with it joy and comfort. So many examples for me of this type of silence.

When Maddie and Morgan are sleeping sound, and one of them or both of them snore. Their tiny 25 lbs bodies emitting a sound, a rhythm, a tiny depth of inhale, exhale, I love those moments.


I know they are both happy, safe, content and recharging their small canine frames to take on the next day. Maddie especially, if she’s had a big day with swimming or a long long walk, her tiny snoring marshalls a sweet consistent melody in the room. Maddie is delicate in everything she does.  And I can only appreciate these sweet sounds if there is complete silence, no tv, no appliances running, contextual silence.

One of the biggest examples of contextual silence I’ve experienced, going to the Gustavo Dudamel concert at the Walt Disney Music Hall in Los Angeles, California.I was there I think two years ago in May with my dear friend, Pat Jimenez.

I’d never been to this venue before. The seating capacity 2265, according to Wikipedia. I  was surprised at how silent 2000 + people can be. It was uncanny, it was so quiet, you could her the pages turning in concert programs, you could her people shifting in their seats.

When someone sneezed or coughed it was so loud, you could pinpoint exactly where the sound came from.  It was so quiet, when Gustavo tapped his conductor’s baton on the stand, it was like I was standing right next to him.

The contextual silence was part of ritual and decorum, what was expected.   What I mean, after each score was performed, there would be 2, 3, 4 minutes of thunderous applause, cheers, people even whistling above the crowd. Then as the applause ended, some the orchestra members would shift, rearrange themselves, they would turn the pages in their music score books. As this was all going on, the audience knew, it was time to settle in an be silent, and I mean 2000+ people silent. And it was like a switch going on and off. The large concert hall would fill with a silence that was loud and cavernous for sure.

In a few weeks this contextual silence will be front and center. I'm going to be hooked up at a snuba tank, I will be floating in silence at the top of the largest salt water aquarium in Atlanta.  I am going with Jaime and JoAnn and Toby.  That contextual silence will make way for and the stage of all that my eyes are seeing and reacting to, sharks, manta rays, very large groupers, and a host of other fish. 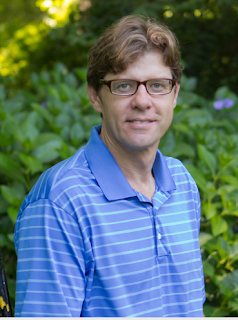