A Lesson in Courage

A reminder to myself, an active revisit of the countless times in my life that people have made a difference, that someone made me laugh, that someone held my hand, that someone shared their love, that someone exemplified courage, leadership, kindness, friendship, compassion, humor, honesty, support.

THANKS FROM MY HEART - LILIAN AMPOMAH 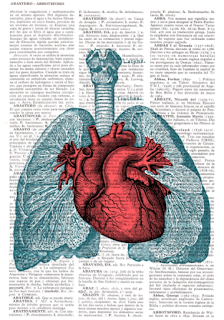 She doesn’t recall many occasions in her life when she’s really been scared.

She was in such a place the firs week of December in 2013.

On an early Friday morning the first week of December, she sat in a hot, confusing, noisy and crowded emergency room at Ridge Hospital.  Ridge, a government facility with a pediatric ward, is in Accra, the capital city of Ghana.  That day she sat on a stiff, worn, wooden chair, next to another stiff wooden worn, chair. The NGO volunteer, Elena, with the 1st grade student, Lilian.

Lilian, 7 at the time, anxious because her body was very weak and lacked oxygen. She was very sick and she wanted to get better.  Both were waiting in the ER for Lilian’s name to be called. They were anxiously waiting for Lilian to be taken back to the surgery theatre for a chest tube insertion as an out patient procedure.

The procedure when completed would accomplish draining fluid from Lilian’s right lung. Lilian, a very bright and funny Mawuvio’s first grader, had an advanced case of plueral effusion. Her small lung compromised; a heavy dark balloon inside her chest, flooded with liquid. The weight of the unwelcomed substance pressing against all of her life.  Since Tuesday she had been extremely weak. The sound of her breathing visible, painful whispered groans as her chest cavity barely moved.

As they both waited, Elena held onto the chest tube kit and remembered the 90 minute drive the day before from Kissemah Village to Korlebu Hospital to purchase the kit. She remembered carefully holding onto the prescription from Dr. Sereboe and hearing the instructions over and over.

“If you can go to Korlebu and purchase the chest tube, once inserted, it will drain the liquid from the child’s lung”.
Dr. Sereboe was direct, her tone practical. She meant what she said and was confident in the results if the tube was inserted. It was like she’d shared the same observation a thousands of times before. When Dr. Serboe handed Elena the prescription she reminded her, “it has to be a chest tube kit for a child, not for an adult.”

Elena folded and unfolded the small piece of paper as Kwame drove to Korlebu the day before.  Elena recalls the tiny degree of comfort she felt in the moment when she realized that Korlebu Hospital was by the ocean. As if some great favor by Mother Nature would be accomplished and all would be OK.

On the way to Korlebu, Elena prayed over and over in her head for the surgical pharmacy to have a chest tube kit, the exact size need for Lilian an #18. And on that morning, they did.  Halleluiah !  Ninety minutes there and longer to get back, it wasn’t until pass noon the following day that Lilian was readied for the procedure.

As they both waited in the small ER area, Elena assured Lilian that the tube insertion would not painful. Elena explained to Lilian that the doctors and nurses would give her medicine, perhaps an injection that would put her to sleep or make her not feel any pain.

Elena spoke details out loud to Lilian without any idea of what was actually going to happen. It was hopeful reassurance based on what Elena would do if she was managing the insertion of the chest tube.  Elena was doing everything possible to audibly share love and calm with the young girl.

Lilian had been through so much already, IV’s, injections, X-Rays and just the day before, a lung aspiration that made Lilian cry and scream in ways no parent should have to witness.

Almost ten days of being sick and of Lilian’s family not knowing the severity of the “cough in her chest”, culminated in this moment in the ER.  Lilian’s family lived in a cement house in Westland, an area of Accra known as West Legon. The house under construction, no roof, no windows, no electricity or running water.  The 2 story structure, square and naked waiting to be completed.

Lilian like many children in Ghana, slept on the cold concrete floor. The cold, damp cement/ a willing accomplice encouraging the virus, the foreign sickness that invaded her tiny body and took over her right lung.

During their wait in the ER, Elena looked many times into the child’s eyes and smiled.  She held her hand and assured her that angels were watching over her. Elena reminded Lilian over and over of how brave and courageous Lilian was. Lilian was a model patient and she was going to get better.

In the hospital system, no matter where Lilian was taken, because she was a child she would always get queued to the front of the line. This happened at the pharmacy, at the lab and when she got her X-rays.  In the ER, the queuing was different. It was based on the severity of the patient’s symptoms and/or injuries, or at least that is what seemed to be taking place that day.

Lilian was quiet. Lilian was observant. She sat still. Next to her a large green oxygen tank, her new friend and soldier.  The tank had been wheeled over to the ER with the help of an orderly and Kwame and Elena.  Lilian had given her tank a name, Pumbaa, one of the characters from the Lion King.

The minutes that passed stretched slow. The activity and the volume in the room, a marked contrast to the hands barely moving on the face of a plastic dusty, made in China clock, barely hanging on the wall. Many times Elena held back tears. Tears of anguish, fear, of not knowing what was going to happen when Lilian tube was inserted.

During the exchange of small talk and observations between the two, Lilian always smiled. The light in her eyes always present.  At one point she looked up and said to Elena, “Madam, you are also brave to be here with me."

Soon after they called Lilian’s name. A nurse came and helped Lilian and Pumbaa move to the small room where the procedure would take place. Elena handed the chest tube kit to the nurse and away they went. The door slowly closed and now Lilian was in the hands of the ER team.

Twenty days after the tube was inserted Lilian was released from Ridge Hospital. Shortly after that on December 28th, she celebrated her 8th birthday. During there entire stay in the hospital Lilian only cried once, when her lung as aspirated. Lilian never complained. Unless she was sleeping, she always smiled and the light in her eyes never faded.  She spent many days and hours waiting for the fluid to drain.  And drain completely, it finally did !

During the recovery in the children’s ward, Lilian became a spokesperson for other sick children.  She became an ambassador for hope for the families of the other children who were assigned to the same area where Lilian’s bed was.  She was a favorite of the doctor’s who made the daily rounds. She completed her school work and spent many afternoons coloring and reading her favorite story, The Lion King.  She took all her exams for Term 1 and was the top student in her class for the term

her trust and her determination.
Kwame Agoe and Lilian's elder sister, Belinda, were there everyday to ensure Lilian's full recovery and return home.