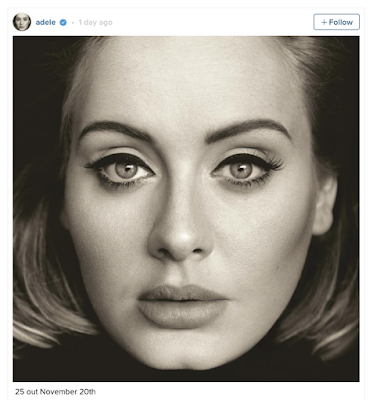 It's been almost five years since the last new Adele album. Today we have a new video from Adele — it's the opening song from 25, which will come out Nov. 20.
With her third album, probably the last in a trilogy of albums with an age in the title, the 27-year-old singer has made what she described in a post on Facebook as "a make-up record. ... Making up for lost time. Making up for everything I ever did and never did. ... 25 is about getting to know who I've become without realising. And I'm sorry it took so long but, you know, life happened."
The video for the song was directed by Xavier Dolan and casts Adele as alone and calling a past lover to apologize for "everything I've done" but finding no one answers her call. The song was written by Adele and her producer Greg Kurstin. You may know his work with Sia, P!nk, Peaches, Beck or the Flaming Lips.
The new album will feature songs by Bruno Mars, Danger Mouse and Tobias Jesso Jr. The album is available for pre-order.