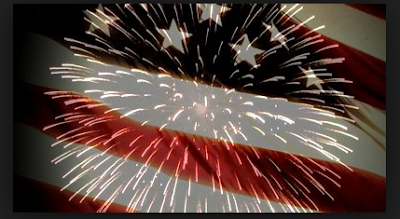 WHEN IMAGINATIONS FAILS
This article ran in Time Magazine, September 24, 2001.
By Charles Krauthammer
A few men with knives. Why didn't the passengers, numbering in dozens, just overpower them ? Of the four hijacked planes, only one failed to reach its terror destination. Why just one ? The question seems unfair, even disrespectful.  But its answer illuminates the deepest problem facing terrorism: failure of the imagination. The passenger's seeming passivity is reminiscent of the Holocaust. We ask with trepidation: How could Jews have allowed themselves to be herded into gas chambers by just a few people carrying machine guns. Because it was inconceivable -six decades later it remains inconceivable- that the men carrying the weapons would do what they, in fact, did do. The victims were told these were showers. Who could imagine herding children into gas chambers ? In all of human history, no people had ever done that. The victims could not plumb the depths of their enemy's evil.I suspect the same happened to the doomed passengers on the hijacked planes. After all, hijackings have been going on for 40 years. Almost invariably, everybody ends up okay. The hijacker wants to go to Cuba, or make a political point, or get the world's attention. Never in history had hijackers intentionally turned a plane into a flying bomb, killing everyone aboard, including themselves. Decades of experience teach us that if you simply do what the hijackers say, they'll eventually get tired and give up. That's the rule.But when the rules don't apply, when inconceivable cold-blooded evil is in command, the victims are truly helpless. In the face of unfathomable evil, decent people are psychologically disarmed. What is so striking --- and so alien to civilized sensibilities --about  the terrorists or radical Islam is their cult of death.  Their rhetoric is soaked in the glory of immolation: immolation of the infidel and self-immolation of the avenger. Not since the Nazi rallies of the 1930s has the world witnessed such celebration of blood and soil, of killing and dying. What Western TV would feature, as does Palestinian TV, a children's song with the lyric ........."How pleasant is the smell of martyrs.......the land enriched by the blood pouring out of a fresh body? The most chilling detail of the 1983 marine barracks bombing in Beirut is that in his last seconds the suicide bomber was smiling. Bassamat al Farrah, it is called. The smile of joy. Suicide bombers are taught that they are guaranteed immediate admission to paradise, where 72 black-eyed virgins await their pleasure.The West  has not known such widespread, murderous perversion of religion since the religious wars of the 17th century.  Who could have imagined deliberately flying into a building? The FBI didn't. The FAA didn't. We could hardly believe it as it was happening.  What hijacked passenger could possible imagine such a scenario? Why then did the passengers on the plane that went down near Pittsburg decide to resist and prevent them from completing their mission ?

Because they knew: Their relatives had told them by cell phone that the World Trade Center had already been attacked by hijacked planes. They were armed with final awareness of the nature of evil they faced.So armed, they could act. So armed, they did.