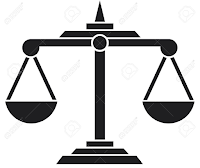 So much of this story, the facts, the real life players, the accusations, the long reach of what Silk Road was all about, is TRAGIC.  The rights to this story are already being optioned and negotiated by Hollywood.

Good vs evil, big government vs. the little guy, genius vs. greed, stupidity vs. ideals, FBI vs everyone, honesty vs. corruption, imagination vs boredom, it has all the elements of a classic story.  The judge in this case left no room for interpretation, she was not moved by any argument, letter and/or character witness and did not show any leniency in the sentence handed down May 29th, 2015. The 31 year old, boy next door, Ross Ulbricht will spend the rest of his life incarcerated.

When the sentence was handed down in New York, the news was not widely covered. The sentence is being appealed on grounds that the prosecution acquired the digital and electronic evidence by violating the privacy of the accused and by not allowing the defense to present its case.  It's all very legally and technically complicated,  there are great articles on the internet if you want to know more.

How Ross went from Eagle Scout to post graduate studies in materials science at Penn State, to dark net  internet mastermind of all things illegal is almost too good of a real life story. Does this kind of thing happen in real life ? Not too long ago, Ross was someone's next door neighbor and college roommate and boyfriend, a wonderful sibling and loving son.  Now he is a convicted, internet villain.

It will be interesting to see who is cast in the role of Ross Ulbricht in the Hollywood version of this modern day internet story. Wired.com has a great two part series that reads like a novel. Deep Web is a documentary that also covers this story. 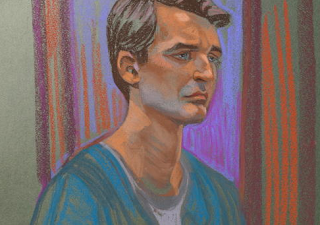 NEW YORK — A federal judge gave convicted  darknet mastermind  two terms of life in prison and three lesser sentences Friday for founding and operating a criminal version of eBay that made buying illegal drugs almost as easy as clicking a computer mouse.
After the 31-year-old Texas native apologized for his deeds and asked for leniency, U.S. District Judge  ordered Ulbricht to serve far more than the mandatory minimum 20-year term he faced for his February conviction on charges of operating a continuing criminal enterprise and related allegations.
The punishment matched the life term called for under federal sentencing guidelines and recommended by a government probation report.
Forrest also imposed a nearly $184 million forfeiture order on Ulbricht. "It wasn't a game, and you knew that," said Forrest, who said Silk Road was "your opus."
"I don't think you did something thoughtless. I think you did something very thoughtful," the judge added.
Ulbricht, dressed in a black detention top and pants, appeared as if he were trying to hold back tears as he addressed the judge. "I had a desire to, I wanted to empower people to make choices in their lives for themselves and have privacy and anonymity," he said. "I'm not a self-centered sociopathic person who wanted to express inner badness."
Pronouncing himself "a little wiser" and "more humbled," Ulbricht said he was "so sorry for the families" who lost loved ones to Silk Road-related drug deaths.
Ulbricht did not testify during the more than three-week federal court trial that ended with a jury of six women and six men finding him guilty after barely three hours of deliberations.
The trial featured evidence Ulbricht used the nom de Net "" — drawn from The Princess Bride novel and movie — to run Silk Road from 2011-2013 as an encrypted electronic bazaar. The site matched buyers and sellers around the world for billions of dollars of deals featuring heroin, cocaine, LSD, methamphetamine, phony IDs and computer-hacking programs.
Silk Road operated on a hidden area of the Internet, and required all deals to be paid for in bitcoins, an electronic currency that preserved the anonymity of its denizens. Trial evidence showed Ulbricht reaped bitcoins worth roughly $18 million.
With the swiftness of their verdict, jurors rejected defense arguments that Ulbricht founded Silk Road but quickly turned it over to unidentified others who lured him back to take the fall as federal investigators closed in on the fast-growing operation.
Lead defense attorney Joshua Dratel, had argued that the man who in boyhood reached Eagle Scout status was a loving family member and remorseful entrepreneur who deserved leniency. In pre-sentence filings, he cited a declaration by Fernando Caudevilla, a Spanish physician who used the name "Doctor X" and provided expert advice on drug use on Silk Road's safety forum.
Paying Caudevilla $500 a week to provide that advice showed Ulbricht was not an unfeeling businessman, argued Dratel, who is separately expected to pursue an appeal of the conviction.
Forrest shot down that argument, calling Caudevilla an "enabler," and his behavior "breathtakingly irresponsible."
Federal prosecutors, however Ulbricht deserved far more than the 20-year minimum sentence. In support of their argument that he merited an enhanced sentence, Assistant U.S. Attorneys Serrin Turner and Timothy Howard gave Forrest details of six drug-overdose deaths involving Silk Road drug buyers, and stressed trial evidence that showed Ulbricht's involvement in murder-for-hire plots to protect the operation.
Dratel objected, arguing in part that prosecutors failed to show sufficient evidence showing the deaths were directly linked to Silk Road drug buys. He also noted that prosecutors did not seek such a major sentence enhancement for a Silk Road worker who was sentenced to the equivalent of a 14-month prison sentence on Tuesday.
Forrest, however, said the issues should be considered in sentencing. She heard deeply emotional statements from two parents whose children died from Silk Road drug overdoses.
One victim, an athletic young kayaker identified in a prosecution filing only by his first name, Bryan, was an employee of a small money management firm in Boston. He was found dead in his apartment in early October 2013, within days of Ulbricht's arrest in San Francisco.
Bryan's father, Richard, addressed the court and described how his son apparently tried heroin during his senior year in college, then spent the final two years of his life battling drug urges.
The grieving father also wrote in a victim impact statement that Bryan used his computer to connect with Silk Road, an operation that "eliminated every obstacle that would keep serious drugs away from anyone who was tempted."
"Clearly my son made a horrible choice in electing to try heroin in the first place," wrote Richard.
However, he told the court that Ulbricht's Silk Road business had none of the theoretical, political or socially redeeming characteristics claimed by Ulbrich' and his supporters.
"All Ross Ulbricht cared about was his growing pile of bitcoins," the father said in the hushed court room as he called for "the most severe sentence the law allowed."
"This is the behavior of a sociopath," he concluded.

For more articles you can click on the links below.

HOW THE FBI FOUND ROSS ULBRICHT


DRUG LORDS THAT GOT AWAY