A story with a HAPPY ENDING


Last December, the local Dunwoody newspaper, The Dunwoody Crier, ran several updates about Buddy Elf, a rescue dog that had gotten away from the foster home that was caring for him. Throughout the month "Buddy sightings" were reported, yet Buddy was able to run away. I traveled to Ghana in mid January and asked Cindy to send updates. When I returned in February Buddy was still not found.  The Atlanta Dog Squad organization never gave up.

Yesterday The Crier included an update on the story. HORRAY BUDDY was found and he now has a permanent home.   The update below was posted on 5/31 on the Atlanta Dog Squad Facebook Page.  For more info on this wonderful organization you can access: 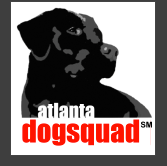 RUMOR HAS IT THAT BUDDY ELF
IS SAFE AND IN A HOME!

And we can confirm that it is true!
If you recall, Buddy got away from his foster on Christmas Day. We tracked him for several weeks throughout and around Dunwoody but we were unable to catch him. He's a very smart boy... and he's very street savvy. He seemed easily able to make a hasty escape each time we thought we were anywhere near him. Then, we received no sighting reports at all for a few weeks. We were very worried.
Buddy finally resurfaced several miles south -- in Brookhaven. We received lots of credible sightings and were able to confirm it definitely was our boy. We spoke with neighbors and asked for assistance getting him inside of a fenced yard. One couple made Buddy their special project -- they fed him and gave him treats -- and he started coming by regularly to their home. Buddy was showing a little bit of trust... just a little, but that was progress!
Buddy is extremely skittish and untrusting due to his previous life experiences. His fear - coupled with his sweet temperament - is why we rescued him when he was surrendered to a local shelter. We knew it would take a great deal of patience and work to get him to trust enough to let anyone close enough to catch or trap him. When we explained his history - and what we thought it would take to safely get him "off the streets", his new friends volunteered to make the effort. It seems he stole their hearts pretty quickly, just like he stole ours.
Things progressed very slowly... over many weeks, Buddy started showing up for breakfast -- and then dinner, too. Gradually he started barking for them if breakfast or dinner were late... or if he wanted a treat or some company. He settled into a routine with his new friends. He was always very happy to see them, but he still wouldn’t trust them to get close enough or to go into their fenced yard.
Things finally evolved enough that he started taking treats out of their hands. He'd jump back quickly, but he had not trusted anyone enough to do that since he was lost several months prior! Then, one day, he accepted a few scratches… and that eventually increased to 30 minutes of hands-on petting. Within a few days of that, he was on leash… not happily on-leash, but on leash none-the-less... over 5 months after becoming lost!
So -- Buddy spent his first night inside last night. He got to sleep in the bedroom with his friends. And he has his own little tent to sleep under for security. We admit that he did have to be carried inside... but, it’s baby steps with this sweetheart. His friends are now his foster mom and dad; they already love him. He has two canine siblings to win over, though... so we're hoping they'll accept him inside their home. If everything works out well, they’ll become his forever family.
We cannot thank his foster family enough for the months that they have already worked with him. We are so very happy he is safe and with people he clearly loves. We also would like to thank the residents of Dunwoody and Brookhaven for being patient and helping us to ultimately retrieve this sweet boy! And, of course, thank you to all of the ADS and Buddy-Elf followers who kept him in their thoughts and prayers.
Welcome home, Buddy Elf! We love you, man.
This is a picture of Buddy INSIDE - with a "welcome home" gift from a neighbor. Check out that precious smile!