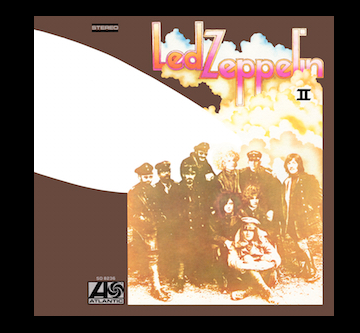 Last Saturday I was at a very cool, well attended, well sourced Flea Market in the Fort Greene neighborhood of Brooklyn. I went with my niece, JoAnn – during my recent visit to Brooklyn with Cindy.

And of all things, JoAnn was looking for and found that day: a LED ZEPPELIN album.  She purchased Led Zeppelin II, the bands 2nd album released in October of 1969 with one of their legendary tracks, Whole Lotta Love. I think she paid $15 or $20 for the album. If you don’t remember the song click on the link below and turn up the volume on your device:

When JoAnn told me what she was looking for last Saturday, I got a big smile in my heart. LED ZEPPELIN, my immediate memory: June 19th, 1977 – at the San Diego Sports Arena.

Me and 14,000 + fans, enjoying one of the best rock concerts ever ! It was amazing, surreal, I couldn't believe I was there.  For three hours, the band rocked the arena, you could physically feel the vibration of the songs. It was a special event and bands like Led Zeppelin are no more.

The San Diego Union Tribune said in its 1977 review the day following, “The show captured what its best about rock –n- roll, its power to stir the human juices and inspire feelings of joyous abandon." 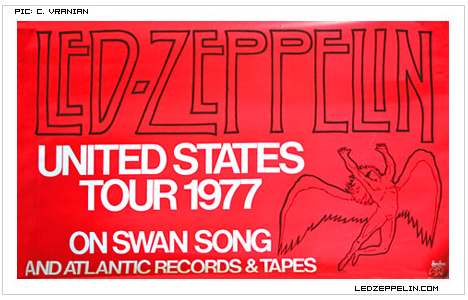 I am not sure how I managed to convince my DAD, he let me drive the family station wagon 170 miles from Barstow to San Diego with my dear friends, Rosa, Pat, Donna, Debbie and Carlos, my brother, also came along.  I’d just graduated from John F. Kennedy High School and was 18 years old. The tickets for that show less than $15.  The original date for March 1977, was rescheduled to actual date we attended in June.

The concert, the performance, the band, especially, Robert Plant, the electricity in the air, I can still remember it as if it was yesterday.  I was and continue to be a huge Led Zeppelin fan.

Everyone so often I hear a violin cover of Kashmir at the Buford Farmers Market and I make sure I stay in the store for as long as the song is playing. Even if people don’t like Led Zeppelin music, certainly it’s a band most everyone has heard of.  If you have a Led Zeppelin favorite let me know which track.

I am thrilled JoAnn likes this band today !