My sister, Ana, told me about a documentary she watched on her flight home from Buenos Aires a few weeks back; a wonderful story about subjects and themes I love.
I've not been able to find the documentary, I think you can see it on Netflix if you have access to this service.  I am waiting for the documentary to become available via the on demand movies on my cable service.  (One day soon I will have Netflix, this is a 2015 project for sure).
If you are interested in photography, in black and white photos, in "street" photography, in the perfect balance between art and the camera, you will enjoy this documentary.  If you are interested in the "genius" that resides in all of us, you will like this story. If you are interested in how stories are discovered, how treasures are found, and the subsequent pursuit of the who, what, when, where, this is a story you will like.

The Story - http://www.findingvivianmaier.com
From the website: Finding Vivian Maier is the critically acclaimed documentary about a mysterious nanny, who secretly took over 100,000 photographs that were hidden in storage lockers and, discovered decades later, is now among the 20th century’s greatest photographers. Directed by John Maloof and Charlie Siskel, Maier’s strange and riveting life and art are revealed through never before seen photographs, films, and interviews with dozens who thought they knew her.
Maier’s massive body of work would come to light when in 2007 her work was discovered at a local thrift auction house on Chicago’s Northwest Side. From there, it would eventually impact the world over and change the life of the man who championed her work and brought it to the public eye, John Maloof.
Currently, Vivian Maier’s body of work is being archived and cataloged for the enjoyment of others and for future generations. John Maloof is at the core of this project after reconstructing most of the archive, having been previously dispersed to the various buyers attending that auction. Now, with roughly 90% of her archive reconstructed, Vivian’s work is part of a renaissance in interest in the art of Street Photography.
The Photographs - http://www.vivianmaier.com

The photographs are wonderful, telling, raw, powerful. I love the subjects, the color or lack of, her angles and perspectives. She invites humanity in many of her shots to be the main subject. You can feel texture, moods, emotions; truth is a constant in Vivian's camera viewfinder. Her eye for subjects and composition is masterful.

On the Vivian Maier website the photos are cataloged by type or subject.

Check out the Self-Portrait portfolio, I refer to them as  "Reflection" photos. Each one is a mini-project. Consider location, color, placement, mood, consider Vivian.

What was in her heart and mind when she was documenting these thin veils of herself. What was her motivation, her purpose, what part of herself was being hidden, what part was being shared. 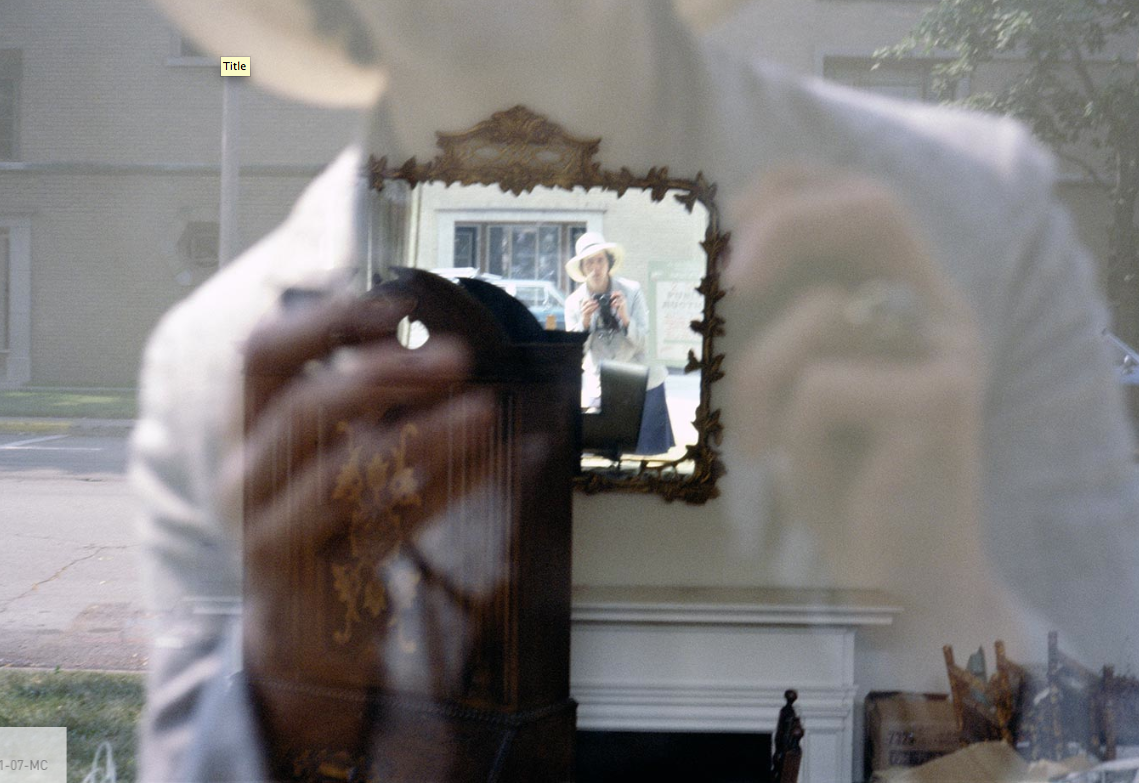 If you are interested in this documentary and you get to watch it, I would love to know. You can email me at elena1025@comcast.net.

Once I get to view the film I will post an update for sure. 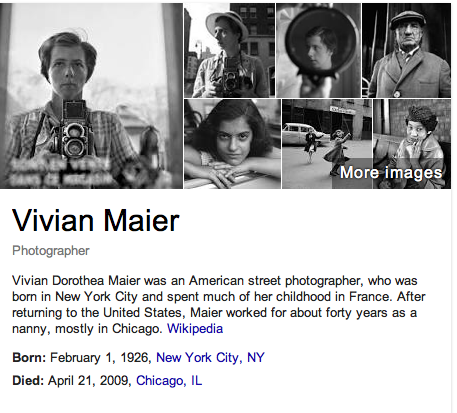