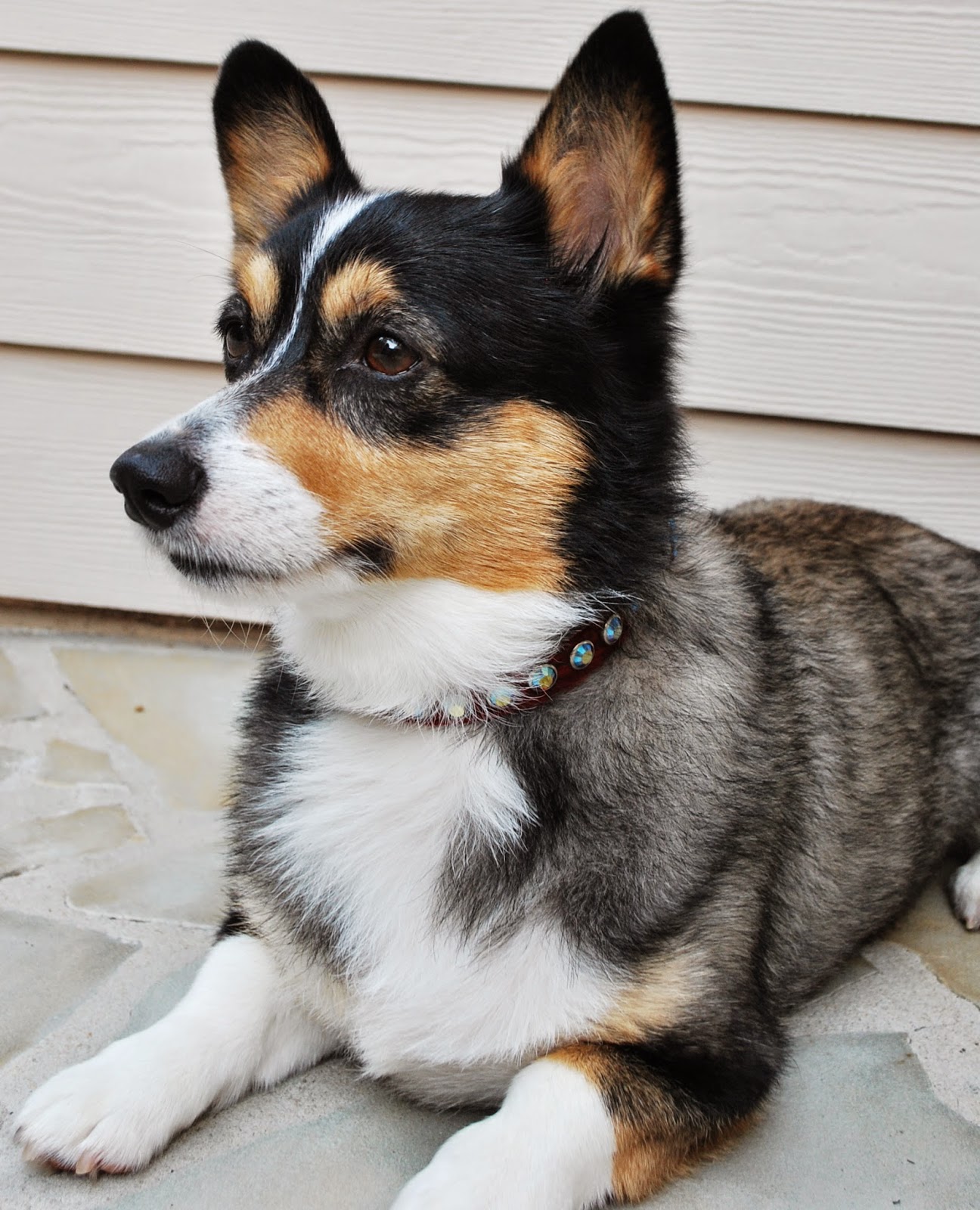 In dog years that equates to somewhere around 63. Maddie is not sure she likes that number, she wants me to stick to the 9 year celebration. And NO there is no colorful bow on the head picture today. She asked me over and over not to do that and I listened. Instead, I am including a few of my favorite Maddie photos over the years.

Maddie has such a different personality from Morgan. They are complete opposites in so many things: energy level, interests, barking, socializing behaviors, quirks, the list goes on an on.

What I know about Maddie for sure, she loves LOVE.  She is very sensitive and she loves to be loved. She reminds me daily of many things are important her and make her such a special Corgi Girl.  Happy Birthday Maddie !

Routine
Or maybe it is the prediction and safety of order, structure, what goes first and second, before, after, inside, outside, etc. Maddie knows that everyday she goes outside first. Then she comes in and gets her breakfast. Morgan always gets her food first and then Maddie follows. If for any reason I veer from this routine, Maddie will herd me to the kitchen.  She loves to wake up with a head scratch and a few kisses, everyday she visits me at the pillow with a gentle nudge. She likes to play with two toys and both are yellow: Cheesey and Duckey. 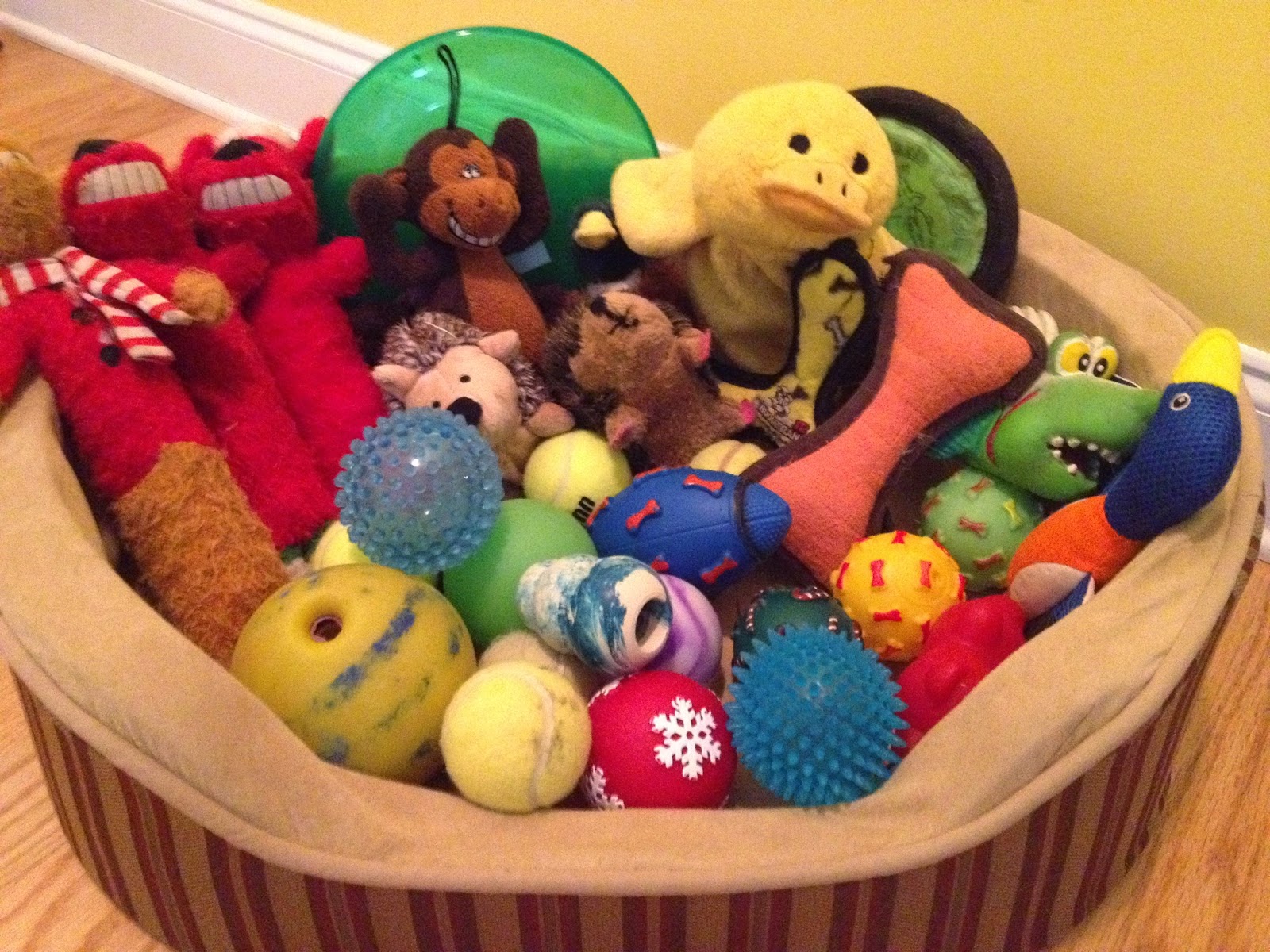 Water
Not sure if this is nurture or nature, she’s been swimming since she was a puppy. I have a video of her in a pool in Florida at 10 weeks old. She is not afraid.  When she swims today in Aunt Maggie’s pool, you can see the smile on her face.  She knows what “pool time” means and gets excited at the mention of these words.  Unlike Morgan, Maddie also likes the rain.

Security
Maddie was the smallest puppy in her litter. Not sure if she was roughed up by her littermates, but she has always been “on guard” and is especially sensitive to noise.  For example, as a puppy she barked and barked at 2am when Brian, next door, came home on his super motorcycle.  It took a few months for her to learn that this particular sound was OK and she did not need to guard or warn by barking, barking, barking.   When the neighbors run their lawnmower, this is another sound she had to learn to discern.  She still barks a bit, but will calm down once she knows it is the mower. Over the years, we've reminded her over and over that we are OK and that she can relax and not be on guard. 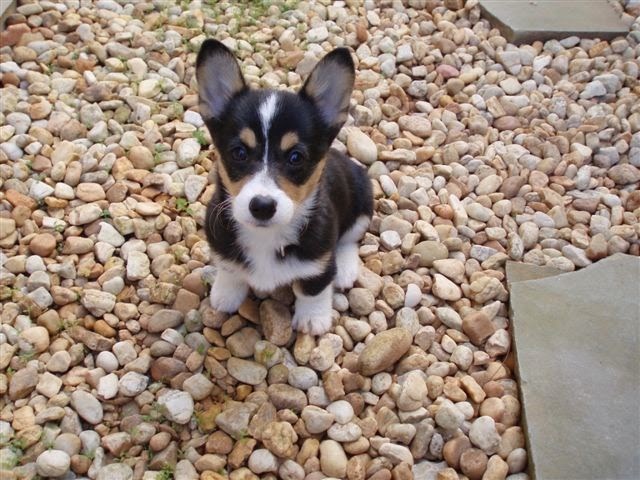 Corgi Girl
One of her nicknames is “Corgi Ballerina”.  Maddie can be very delicate. She also loves to prance, sit up and be pretty. She is not a fan of anything that comes close to resembling playing FETCH; for her that is too much work and too repetitive. Unlike Morgan, she loves to rest and take naps on her Princess Pillow.

Food
Yes, Maddie loves to eat.  In that respect, her and Morgan are just alike. They are both food motivated !  Their two or three skirmishes over the years have all been because of food. And regardless of who started the fight or why, Maddie has always come out without a scratch. On the other hand, Maddie has “drawn” blood from Morgan several times, three trips to the vet over the years. Once for a bite of Morgan’s right ear, and twice for scratches to Morgan’s face.  Let’s just say that Maddie has a FIGHT in her for sure.   And it cannot go without mention, this past year, Maddie has taken up the new persona of TCB: the Trash Can Bandit.  If you know Maddie, you know the stories.  Not sure how much of this behavior is about food, or curiosity, or just plain “I want to try something new”.  A few days ago she tipped over the trash can when I was home and for the record, Morgan did not participate.  It was Maddie on her own in the kitchen being Maddie.

Friends
Over the years Maddie has enjoyed the friendship of Savannah, Wesley, Riley, Baxter, Jake, Cody, Bruno, Dutch, Chloe and Annah. She is especially grateful to Cody and Savannah for all the time and patience they had with her when she was a puppy. And her one and only love, Merlin.  Merlin is the most handsome German Shepperd, ever. He stayed with Maddie and Morgan a few times and for Maddie it was LAFS! Love at first sight. Even today, the mention of Merlin’s name, gets a reaction from Maddie. I promised Maddie that one day soon I am going to arrange a play date for her to see Merlin.