I wish I knew more about dreams: how they work and how they get created.

How does a dream incorporate activities, events, people, (present and past) and play them in color like a movie while we are sleeping. Supposedly during REM sleep. ((Rapid Eye Movement))

Today I woke up with recollection of a very short dream. I was able to map everything in the dream to past, current and future events.

In the dream, I was in New York, in a car, driving somewhere.
(In a few weeks, I will be going to New York to visit my niece, JoAnn)

In the dream, the passenger in the car was someone I knew from Cox. He’d moved to New York a few years back.
(Yesterday I got a Facebook invite for an event in New York the person in the dream was listed on the invite. I had not seen his name for months)

In the dream I was worried about directions.
(In the past few days I’ve been researching how to travel the trains and subways in New York for my upcoming visit)

In the dream, we were headed to pick up another person.
(That person who I normally don’t see often was in Atlanta last week and I had lunch with them)

And that was the entire dream.

A short car ride in an old model 4 door sedan, with a passenger, headed to pick up another passenger.

The only part that was new, different and did not make sense: the passenger was wearing an outfit from the 70’s.

You know how Richard Simmons dressed. The exercise Richard Simmons, with the very short, shinny gym trunks and a tank top.  That was the outfit that he  was wearing, with brand new tennis shoes and thick white socks.

I did not say anything in the dream, but certainly wondered in my head “what was this person thinking?”

My favorite recurring dream, one which I've not had in years, flying.

In the dream I can fly and it is wonderful, awesome, never scary.

Just when I think I am falling, the wind currents lift me like a giant gentle blanket.  And I keep flying, flying, flying. There is never any fear. 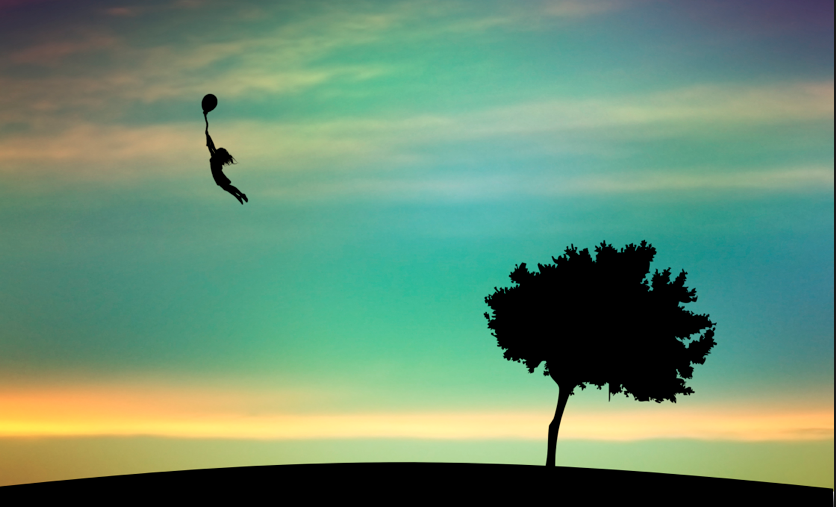 Why we Dream from Psychology Today:

Activation- Synthesis Model of Dreaming:
The activation-synthesis model of dreaming was first proposed by J. Allan Hobson and Robert McClarley in 1977. According to this theory, circuits in the brain become activated during REM sleep, which causes areas of the limbic system involved in emotions, sensations and memories, including the amygdala and hippocampus, to become active. The brain synthesizes and interprets this internal activity and attempts to find meaning in these signals, which results in dreaming. This model suggests that dreams are a subjective interpretation of signals generated by the brain during sleep.
While this theory suggests that dreams are the result of internally generated signals, Hobson does not believe that dreams are meaningless. Instead, he suggests that dreaming is "…our most creative conscious state, one in which the chaotic, spontaneous recombination of cognitive elements produces novel configurations of information: new ideas. While many or even most of these ideas may be nonsensical, if even a few of its fanciful products are truly useful, our dream time will not have been wasted."
Information-Processing Theories
One of the major theories to explain why we sleep is that sleep allows us to consolidate and process all of the information that we have collected during the previous day. Some dream experts suggest that dreaming is simply a by-product or even an active part of this information-processing. As we deal with the multitude of information and memories from the daytime, our sleeping minds create images, impressions, and narratives to manage all of the activity going on inside our heads as we slumber.
Other Theories of Dreams:
Many other theories have been suggested to account for the occurrence and meaning of dreams. The following are just of few of the proposed ideas:
•  One theory suggests that dreams are the result of our brains trying to interpret external stimuli during sleep. For example, the sound of the radio may be incorporated into the content of a dream .

•  Another theory uses a computer metaphor to account for dreams. According to this theory, dreams serve to 'clean up' clutter from the mind, much like clean-up operations in a computer, refreshing the mind to prepare for the next day.

•  Yet another model proposes that dreams function as a form of psychotherapy. In this theory, the dreamer is able to make connections between different thoughts and emotions in a safe environment .

•  A contemporary model of dreaming combines some elements of various theories. The activation of the brain creates loose connections between thoughts and ideas, which are then guided by the emotions of the dreamer .