I am headed to Panama in a few days, the small republic will be buzzing with news and commentary about the July 1st swearing in of their newly elected President, Juan Carlos Varela.

As with most countries and most politics there are many factors that contribute to and impact the true and honest potential and progress of a nation. The article below provides a summary of what the future holds for the new president and the Panamanians. Varela is a graduate from Georgia Tech University, he is 50 years old. He is married and has three children.

By: Paul Elish, Research Associate at the Council on Hemispheric Affairs

May 16, 2014 · in Elections, Panama, Press Releases
The May 4 victory of Juan Carlos Varela over both center-left candidate Juan Carlos Navarro and outgoing President Ricardo Martinelli’s chosen successor, Domingo Arias, stunned the Panamanian and international press. However, though observers unanimously agree that the results defied both political maneuvering on the part of President Martinelli and predictions from pre-election polls, the election’s implications for Panama’s political future are still being deciphered. Some sectors raise doubts as to whether Varela’s win will really be able to affect policies at the national level given the fact both Varela and Martinelli identify ideologically with the center-right, and in light of Verala’s position as Martinelli’s vice president since 2009. What seems certain, however, is that the election’s outcome heralds a period of turmoil in Panamanian politics regardless of whether a substantive change in policy is at hand. Varela’s triumph came over a joint ticket that would have placed Martinelli’s own wife as vice president under the outgoing president’s handpicked presidential candidate. The bitterness of the defeat will only accentuate Personal enmity between Martinelli and Varela that promises to complicate Panamanian affairs in the near future.
Panama has been the site of enviable economic growth under Martinelli, whose building boom has made Panama’s capital “a new Miami,” outfitted with Central America’s first metro. [1] That ability to carry out economic projects has gained Martinelli considerable prestige. However, Martinelli’s economic drive has also been complemented by a crusade to deconstruct limits on executive power. This authoritarian streak has generated considerable resentment in a Panamanian populace that is loath to forget the country’s decades of dictatorship. Accusations of corruption have also plagued the administration, and many Panamanians have reason to believe Martinelli’s economic program is not all that it was originally made out to be. The Los Angeles Times observed after the election that “there were persistent questions about whether Martinelli’s cronies were the real beneficiaries and whether such growth was sustainable.” [2] While Forbes reports that Panama witnessed a slashing of poverty and unemployment rates during Martinelli’s term, the country’s persistent inequality has contributed to Panama’s status as the having the “second worst income distribution in Latin America.” [3] The government’s burgeoning debt (which grew by 70 percent under Martinelli) and the country’s rising inflation rate have also become cause for concern. [4]


Coincidentally, Martinelli’s own vice president has been at the forefront of criticism of Martinelli’s policies. Juan Carlos Varela and Ricardo Martinelli initially joined forces in a 2009 deal between Martinelli’s young Partido Cambio Democrático and Varela’s more established Partido Panameñista that catapulted Martinelli into the presidency. The plan originally envisioned Varela campaigning for the presidency this year with Martinelli’s support. [5] Yet BBC Mundo now describes the pair as peores enemigos (worst enemies) and traces their rupture to 2011, when Varela opposed Martinelli’s attempts to wrest greater executive power from the legislative and judicial branches. [6] Varela’s public denunciations of Martinelli’s attempts to buy off politicians and pack the Supreme Court elicited unsuccessful libel charges from Martinelli’s lawyer in 2012, and constitutional provisions that make Varela’s status as vice president permanent during Martinelli’s entire term (in spite of calls from both politicians for their rival to step down) have fanned the flames of the soap operatic dispute. [7] Ultimately, Martinelli’s attempts to capture the Panamanian state by removing constitutionally imposed term limits also failed, spurring his promotion of the ill-fated Arias ticket with Martinelli’s wife in what many deemed to be a thinly veiled move to remain in power. [8]
As a result of Martinelli’s multiple initiatives to expand executive prerogatives and Varela’s very public resistance, the narrative of Varela as a champion of openness against Martinelli’s cronyism arises in multiples accounts of current Panamanian affairs. Certain elements of Varela’s track record and proposed populist policies accentuate that narrative. Before distancing from Martinelli, Varela proposed the 100 por 70 plan, in which Panamanians older than 70 would receive a monthly $100 USD stipend. [9] Such proposals have helped Varela cultivate the image of a politician with experience coordinating social policy. Upon election, Varela also promised that Panamanian politics were going to “pass from being a business to being a service,” while emphatically stating that corruption “is over.” [10] His most drastic and central campaign proposal was his call for price controls on staple foods in order to help Panama’s poor against inflation in a country where the price of the “basic food basket” (the food a family of four would theoretically buy in a month) rose by 25 percent since 2010. Although many observers worry that the price control measures could push Panama down Venezuela’s tumultuous path, the president-elect has already announced that his first action as president will be to impose emergency price restrictions on 22 basic foods. [11]
Yet in spite of media fixation on Varela’s upset victory and proposed reforms, an attitude of healthy skepticism as to whether Varela will really change many of Martinelli’s policies is probably more suitable for the present situation. Many news outlets, while acknowledging Varela’s surprise win, have also noted his similarity to Martinelli. Beyond being former political allies, both men come from Panama’s wealthy class and from the country’s business sector, with Martinelli’s supermarket chain even selling Varela’s liquor products. Most sources expect Varela to perpetuate the majority of Martinelli’s neoliberal policies, including the ambitious and expensive Panama Canal expansion. The two might even share similarities in their propensity for underhand dealings given the fact that Varela, too, is under investigation for money laundering. [12] With these similarities in mind, one is left with the suspicion that the two men’s differences are primarily rooted in their personal feud.
In light of the distinction between personal differences separating Martinelli and Varela (which appear to be many in number) and ideological differences between the two (which are not nearly as clear), some Panamanian commentators, like José Ángel Pérez Garrido, have declared the election to be less important as a victory for Varela and more significant as a victory for the Panamanian people. In Pérez Garrido’s view, Panamanians proved that a president intent on manipulating the Panamanian system would not be able to buy off the country’s votes. In that sense, Pérez Garrido describes Varela’s triumph not so much as an electoral victory, but instead, as a mandate from the Panamanian people for a shift away from underhanded politics and corrupt machinations. [13] Given Panamanians’ record of ousting the incumbent party in every election since 1989, this mandate is not altogether new. Still, there remains uncertainty as to whether such a mandate for substantive change will be carried out.
It is likely Martinelli’s and Varela’s personal resentment will affect Panama’s politics even more powerfully in the coming months as Varela makes his transition into power. Varela’s decisions on political appointments will dictate the nature of his governing coalition, which bears particular import since Martinelli’s party still holds a majority in the Panamanian legislature. Martinelli has also personally made clear that he will not quietly bow out of Panamanian politics following the electoral loss. The result, unfortunately, looks like a period of tumult in the Panamanian political realm, characterized by caustic politics and high-stakes economic battles surrounding policy on the Canal Zone expansion and price controls. This political turmoil will definitely bear the markings of the two politicians’ embittered rivalry, but whether the tumult will yield progress for Panama at large remains to be seen. 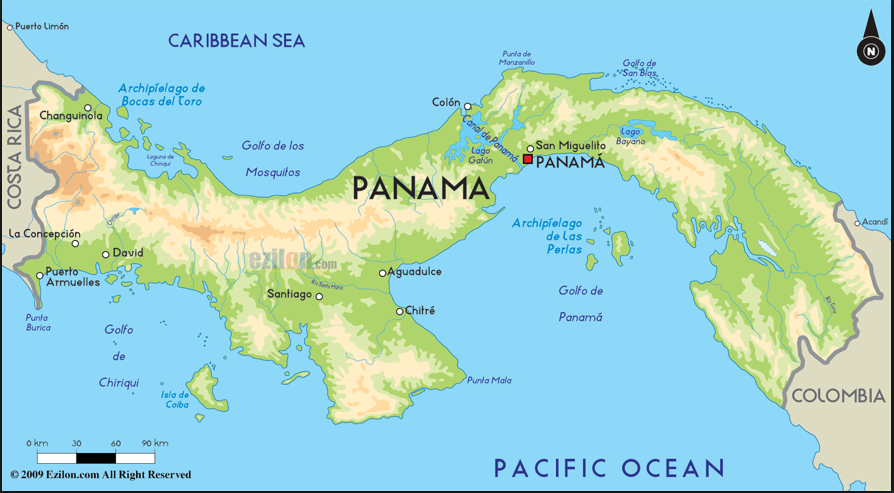