Less than 30 days away, the citizens of the Republic of Panama will vote for their next president on Sunday May 4th. One of the candidates is Juan Carlos Navarro, uncle of JoAnn and Little Roger.

Politics in Panama are passionate, the public debate taking center stage in all things life. I always describe Panama as a little country with a big heart.

Panama has many things going in its favor, at the same time, the country is at a place where its long term future will be impacted by whoever wins this election.


From an article written by Anibel Diaz in a local Panama publication:

Top contenders in the Presidential elections in Panama:


On December 4, 2013 the Electoral Tribunal officially called the Panamanian people to elect the future president next May 4, thereby the first official step in this presidential race was taken.
President Ricardo Martinelli who participated in this public event guaranteed that on July 1 of this year he will give the presidential sash to the winner of the elections on May 4.
An important fact that stands out is that the current President of the Republic will transfer control of all levels, forces of law and order to Electoral Tribunal before May 4th (Election Day). This is a mechanism insure unbiased elections.  Panamanian elections have been transparent and reliable processes since the beginning of the democratic period 20 years ago, this commendable work has been possible thanks to Electoral Tribunal and to the candidates who did not win for accepting the people's vote.

After a brief profile of the presidential candidates and accreditations, what can we expect to Panama over the next 5 years?

Jose Domingo Arias promises to continue with the current government projects, and keep pace with the work done by President Ricardo Martinelli. This means he will focuses on major infrastructure and social assistance for citizens with low incomes. He also promotes projects that will drive domestic production that has been in a huge decline in recent years.

Juan Carlos Navarro says he will continue the good projects and improve the one that has not been done well, considering his biography it is expected that he will make reforms to improve the environmental situation in which Panama is now.

Juan Carlos Varela proposes more social support to people with limited financial resources and support for farmers in the interior. He has also shown interest in decreasing the high cost of basic goods.

Whichever candidate wins the presidential election it is important to note that Panama has experienced steady growth in many areas since the beginning of the 90s. Since that time, each government has given its contribution to make Panama the country with the highest economic growth in the region, and enjoyed the privileges of a country in the process of development. 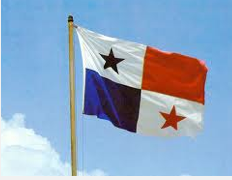 I love Panama and hope for the best for this tiny republic with such a big heart.