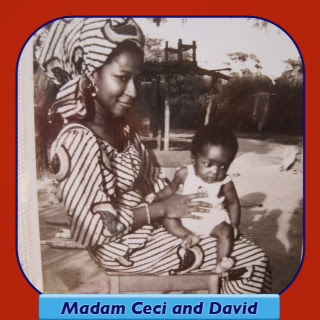 I brought Madam Ceci a photo album with some pictures of my past visits. There were a few empty slots and she surprised me yesterday and shared some photos she was keeping in the house. Now she added them to the photo album.

The one below is Ceci with her son David. That is Stefan's Dad who is now in his late 30*s or early 40*s. I also took a picture of Stefan's photo that Ceci has when he was 5 or 6 six years old. I will post soon.