Yesterday I was at the Atlanta airport waiting for Toby at the domestic terminal, he had a 4 hour layover on his way home from Panama.

I did my share of people watching as they exited the train and came up the escalators to the baggage claim area.  I had to wait for about 25 minutes, it was not very crowded or busy.

I remembered my Grandpa Rogelio from Panama, one of his favorite things to do was people watch at airports, malls, restaurants or anywhere people gathered. He loved to observe and recognize and yes "many times" he commented about what he saw.


I never asked him why, perhaps because over the course of his life he saw  so much change, he was born in Panama in 1894. When he was in his late teens, he lived in Paris of all places. His father was the counsel of Panama to France. My Grandfather lived in the era where he traveled the world with steamer trunks instead of suitcases and he wore the tuxedo with the top hat and tails. I have a photo of him I will post one day. He would have been delighted with the three highlights of my people watching yesterday. I wish I could have taken a photo of the first one, the samurai man.


SAMURAI MAN
To my surprise yesterday a tall man came up the escalator in a traditional samurai dress, like the photo below. He did not have the sword, he did have the haircut and also the wooden shoes. He was traveling by himself. He was tall and somber, he turned lots of heads, many people were startled by his appearance. 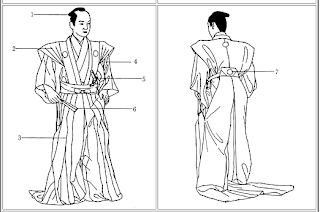 BURKA LADY
Shortly after the samurai traveler, a tall dark figure came up the escalator and all you could see, the eyes and the hands. That lady traveler was pulling a small black carry on bag, she was traveling with a man, he was wearing a tunic  outfit. I don't see the full version of the burka very often; coupled with the samurai traveler a few minutes before, the contrast was interesting. 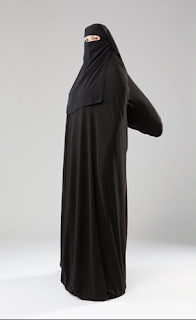 SOLDIERS
And not sure why, maybe soldiers travel early during the month, there where many, many soldiers in their field fatigue uniforms at Hartsfield, coming to Atlanta and also departing. The USO was there to greet them and provide assistance; all of them very young, both male and female soldiers.  I tried to smile and make eye contact with as many as I could; many people greeted them, shook their hands, it was nice to see this. 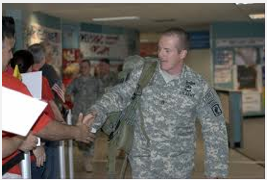 This tiny microcosm of the world reminded me again how fortunate we are to live in a country where FREEDOM is real, where you can travel in regular clothes, a Superman costume, our countries uniform and yes even cultural dresses that may not be agreeable to all.

Every passenger that exited via the escalators yesterday was walking the grounds of an amazing nation. I was reminded of a quote by philosopher, Albert Camus:


"Freedom is nothing but a chance to be better." 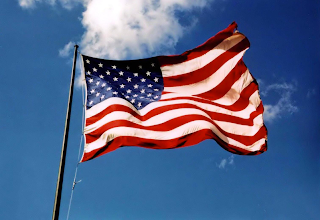