I got a personal update on this story from my niece, JoAnn Catherine Arosemena from Panama. She attended this record setting event in Panama yesterday and said it was awesome. Way to go Panama ! ! !

Panama earned a Guinness world record on Saturday January 18th, when 5,084 children painted a mural simultaneously for three and a half minutes as part of 100th anniversary celebrations for the Panama Canal, organizers said. 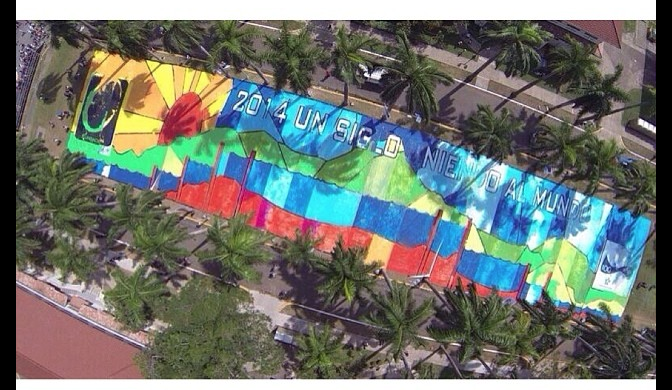 Panamanian painter Olga Sinclair was behind the massive work of art depicting the canal locks at the El Prado promenade in Panama City.
She said she wanted to break the record to encourage "Panama to dream big" and show "that our children can touch the sky with their hands."
The previous record had been held by a group in Saudi Arabia, when some 3,860 participants painted together.
The 80-kilometer (50-mile) canal, which handles five percent of global maritime trade, was inaugurated on August 15, 1914.
It is currently undergoing an expansion to make the canal  big enough to handle new cargo ships that can carry 12,000 containers.