I was getting ready to post this picture and include comments about the 5 Billion dollar construction project ongoing in Panama, adding 2 new sets of locks to the 99 year old Panama Canal, and then I noticed the date on the picture, August 22nd, 2013. My brother, Roger,  included these photos in an email he sent a few days ago. Everyone in Panama is excited about the progress, the new locks should be open by 2015.

Not sure why, my mind loves to remember dates and times.  Not names of people, or places, but the time of day and the date of significant events in my life and the world.  I am one of those people who has a clock that projects the time on the ceiling, I always have access to the time, illuminated in red. I am a classic type A when it comes to having a schedule and knowing the date and time.

So while one country in the world is recognizing, celebrating and reporting on progress of the Canal expansion, (from which we will all benefit in the long run), another country the day before August 21st, 2013 is reporting on the killings of men, women and children by lethal gas and toxins.


Excerpt from the Washington Post:
The preparations, as described by U.S. intelligence analysts, continued from Aug. 18 until just after midnight on Aug. 21, when the projectiles were loaded into rocket launchers behind the government’s defensive lines. Then, at 2:30 a.m., a half-dozen densely populated neighborhoods were jolted awake by a series of explosions, followed by an oozing blanket of suffocating gas.
Unknown to Syrian officials, U.S. spy agencies recorded each step in the alleged chemical attack, from the extensive preparations to the launching of rockets to the after-action assessments by Syrian officials. Those records and intercepts would become the core of the Obama administration’s evidentiary case linking the Syrian government to what one official called an “indiscriminate, inconceivable horror” — the use of outlawed toxins to kill nearly 1,500 civilians, including at least 426 children.
============================================

I am sure you've seen the pictures, I can't bear to post not even one.

Aren't all these men, these leaders made from the same atoms or particles that is common to all humans ? Aren't they fathers, sons, uncles, grandfathers?

How do they go from being young school boys who rest their heads in their mother's laps, to being evil killers ? How does the transformation happen ? Are they born that way ?

I know horror and tragedy and injustice have gone on for centuries. Maybe it's the constant barrage of news programs and information access, maybe it's because I was sick yesterday and watched most of the Senate hearings, my heart hurts for the people of the world, all people who are and have suffered because of evil.

The word evil spelled backwards is live. How does that happen?

I know there is history and precedent and religion and factions, sects, tribes, and just plain ugly people, but why can't there be a tide or swell or flood of humanity - of some sliver of light and hope in the mind of just one of these leaders - to make a difference, to set an example, to care about curbing the insanity.

I know nothing is simple, I know I am being idealist, and naive.  I also know my heart aches. I know that August 21 and 22nd, 2013 will forever be in my memory as a set of dates I will never forget.

Who in the rainbow can draw the line where the violet tint ends and the orange tint begins ? Distinctly we see the difference in color, but where exactly does one first visible enter into the other ? So it is with sanity and insanity. 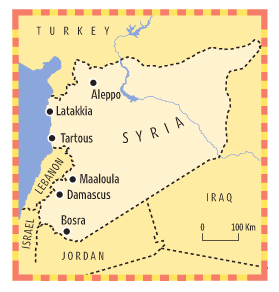