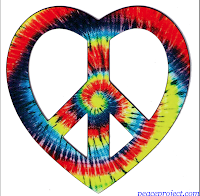 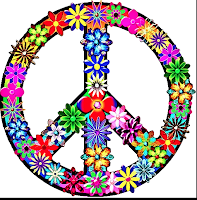 A popular explanation of the peace symbol is that Gerald Herbert Holtom (1914 - 1985) created this symbol on February 21, 1958.1 It was created as the badge of the Direct Action Committee for the 1958 Aldermaston peace walk in England.

At that time Holtom worked with the Direct Action Committee against Nuclear War. Holtom was a dedicated peacemaker and graduate of the Royal College of Arts. During World War II he worked on a farm in England as a conscientious objector.

The BBC quoted Holtom, "I drew myself: the representative of an individual in despair, with hands palm outstretched outwards and downwards in the manner of Goya's peasant before the firing squad."2

It was designed from the naval code of semaphore, and the symbol represents the code letters for ND.'” The code ND for Nuclear Disarmament is shown on the right.4 The circle, representing the concept of total or complete, surrounds the N and D signifying total or complete nuclear disarmament.

American journalist and playwright Herb Greer adds support for the Holtom explanation. He reported, “I was actually there on and before the first march  for which it was created. I visited Holtom, I saw the original sketches and discussed it with him.”