The documentary, 20 Feet From Stardom, directed by Morgan Neville, features Darlene Love, Merry Clayton, Lisa Fischer, Judith Hill and Tata Vega – all incredibly gifted and talented singers who collaborated as back up singers or in duos with all the artists named above. 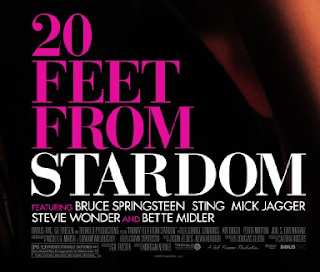 The movie is up close and personal; the director combines footage from the original concerts and recording sessions with current day retrospectives from the likes of Stevie, Mick, Bruce, Sting and Bette Middler.  If you enjoy music, if you like history, if you like knowing how some of Rock & Roll's  most memorable songs came about, goes see this movie.  There is footage of the Ray Charles, Raylette’s and Ike and Tina Turner’s, Ikette’s that is amazing.

In addition to the music, the movie also presents the difficult and always compelling question around what people are willing to sacrifice to do what they love or are gifted at?  Talent is one thing, the drive, energy, focus, discipline and fortune required to enable the springboard of such talent is something all together different. Some of these singers wanted the star role, some were OK to sing no matter if they were up front, or a life time away from any real fame or fortune. The story lines all interesting.

Some of the contractual issues these ladies endured during the crazy days of Rock & Roll, did not surprise.  When music machines like Phil Spector took off, regard for doing what is right got lost in the power, glamour and influence of the times.  The premature death of Micheal Jackson significantly impacted many who were going to work on his tour, this movie shares the personal impact to Judith Hill. She was so close to the most amazing exposure she would ever get as an artist and then it was gone, all, all gone.

The collaboration between lead singer and backup singers, the dependency for all voices to be present and accounted for; this movie makes you realize that some of these collaborations were matched to perfection.  These ladies are all extremely gifted and that is why they've worked and continue to work with some many top artist.   The movie is currently playing at Tara in Atlanta. 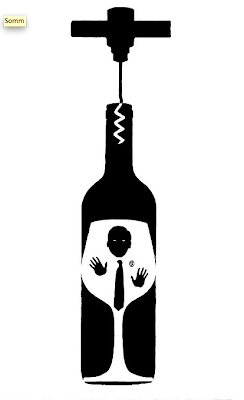 SOMM is another documentary film that follows four men in their quest to earn the designation of Master Sommelier — a distinction held by only 201 very serious people in the world,  after a grueling three-part multi-day test.

The movie is repetitive, these men are all focused for over year on one goal, taking the Master Sommelier test and hoping they pass.

If you like wine you will enjoy this movie; there is so much to know about wine, so much.  Theory, production, the grapes, all the regions of the world, the soil, the corks, the aging, the alcohol content, the flavors, so much.  I couldn't keep up sometimes.  These men were obsessed with what they had to learn and know to pass the test.   The movie is not about much else; I was interested in if they were  going to make the day when they had to take the test and indeed they did.  You learn at the end who passed, who did not, who had to wait for another year to take the test again.

SOMM is like picking up a random book at the library, not something you intended to do, but when in your hands you give the story a chance.  If you're in a hurry don't watch this movie, if you have other options, consider them.

This movie is not for all, you have to be curious and be willing to entertain that some people do crazy things, like study for over a  year for the distinction of Master Sommelier.  It's like being a very special club, most get amazing jobs after they pass or the start their own restaurants where wine is the star.  If you decide to watch this one, let me know what you think.  Cheers !